From FEE, the Foundation For Economic Education....

Suppose that there is a household on the border between the United States and Canada. Currently, this household is a part of the United States and is thus subject to all of its laws, regulations, and tax obligations. After years of being subject to U.S. law, this household is finally fed up (perhaps as a result of some recent policy initiative that passed through Congress). Rather than simply accepting the fact that they must live under a new regime they do not like, they phone up the Canadian government and inquire about the costs and benefits of being subject to Canadian law instead.

This much, at least, should not be terribly contentious: Governments sell governance and citizens purchase this governance in the form of paying taxes. All that is different in this case is that the border between the United States and Canada is not exogenously defined and, instead, is determined by people shopping for their government without having to move. If this doesn't sound contentious, then you might be an anarcho-capitalist.

Next, assume that the household is someplace in Virginia!!

Go here to read the whole thing.  It's greatness. 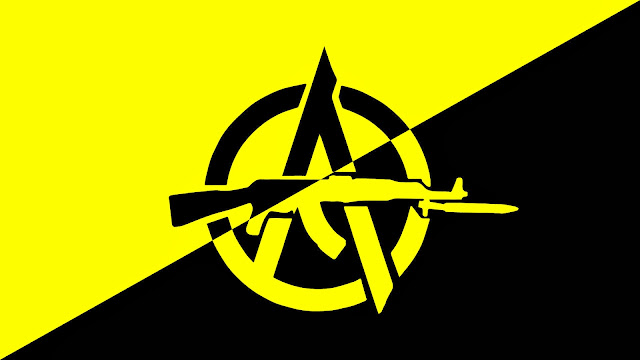 Posted by The Whited Sepulchre at 7:44 PM

I must be missing something. What is anarcho-capitalistic about living under one overbearing, nanny-state government and then switching to another?

Capital idea, but the term "anarcho-capitalist" grates on one's years. And besides, Mingo V hit the bull's eye.

Better to remain an alco-libertarian, death and taxes be damned.