Regulatory Capture at work in your nation's capital

A fresh coat of Whitening to Radley Balko for linking to this Bit O' Baloney from The Washington Examiner:

The District’s open, all-are-invited taxicab industry is so saturated with drivers that the entire enterprise is threatened, according to a D.C. Council member who has filed a bill to cap the number of cabs allowed on city streets.
Let's translate that. Until now, no one has thought of using D.C.'s taxi industry as a campaign donor base. There aren't enough big players to mess with. 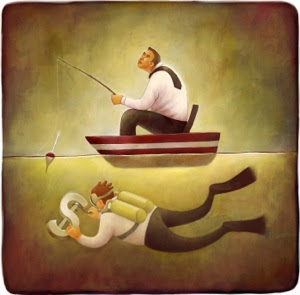 Ward 1 Councilman Jim Graham introduced legislation Tuesday to limit the number of taxicabs in D.C. through either a medallion system, like ones used in New York City and Chicago, or a certification system.
Since it's so easy and inexpensive to get a cab in New York City?

The soaring number of taxicab operators in D.C. -- roughly 8,000, most of whom own their own cars -- is a "pressing and urgent problem," Graham said. There are more licensed drivers in D.C. per capita than any place in the world, he said, and new applicants continue to take the required class, giving them access to the driver exam administered by the D.C. Taxicab Commission. A glut of drivers could jeopardize the chances of any cabbies making an adequate living, Graham has said.
Mr. Graham absolutely and totally misses the point of the free enterprise system, Economics 101, supply and demand, price pressure, and chewing with your mouth closed. Keep out competitors, and prices rise. Let them in, and prices fall. Imagine the outrage if some City Council Messiah began expressing concern over "too many restaurants" or "too many gas stations".

"Whatever system we use, we need to limit the number of operators or this boat is going to sink by its own weight in terms of the number of taxicab operators that we have," Graham said. "We're going to determine which of these two approaches we should take, but we're going to have one or the other."
He is deeply and profoundly wrong. The most efficient taxicab operators will stay in business. The least efficient will go under. Unless of course, government artificially limits the number of cabs. They do this by putting up regulatory barriers to entry, or simply pull an arbitrary number of taxis out of their nether regions. Once that happens, you're stuck with what you've got. The Teleprompter Jesus recently pulled a similar stunt with the tobacco companies.

Taxicab Commission Chairman Leon Swain declined comment Wednesday. But during an April commission meeting, Swain said the key to any industry reform is balancing the need for regulation with the main tenet of the District's cab industry -- an open system that anyone can join as an owner-operator.
Reform. I'm starting to hate that word. Reform. Anytime they want to screw up something, it's in the name of reform. Any day now, look for rapists lobbying for "virginity reform".

"We've now got to the place where an open system is an overbloated system, and we have more people coming," Swain said.
Overbloated?

New York City's medallion system, established in 1937 during the Great Depression in response to a ballooning number of unregulated taxis, artificially capped the number of cabs on the road, to what is now about 13,000.

The medallion program, however, made it very difficult for the average New Yorker to join the industry as an owner: The May 2009 price for an individual medallion, those held by owner-operators, was $568,000. The cost of a corporate medallion was $744,000.
Which raises the following question....What right do these Student Council Refugees have to keep people from going into business for themselves?

D.C. Taxicab Commissioner A. Cornelius Baker said during a recent meeting that the city must move "toward a regulated taxi force" and create a system "that sustains our drivers and also creates wealth for them in the long term."
One of the biggest civic misconceptions in the U.S. is that we benefit when government tries to save jobs by stifling competition. The idea goes all the way back to Adam Smith in 1776. Nations don't thrive when their manufacturing companies or their employees are protected. Nations thrive when their consumers are free to enjoy the results of manufacturers all over the world competing for their dollars.
Jim Graham has some constituents who can no longer compete. These constituents have formed a well-organized lobbying group to limit competition. People who ride taxis in D.C. aren't well-organized.
Guess which group is going to win.
Picture of secret quid pro quo from here.
Posted by The Whited Sepulchre at 11:31 PM