Jonah Goldberg: There are no socialists

I found a link to this Jonah Goldberg piece on the Cafe Hayek site.  Am copying a vast section of it here so I can force myself to memorize huge chunks of it: 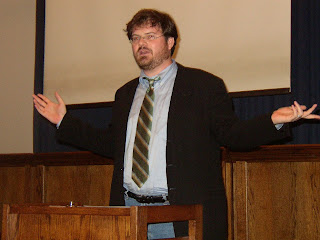 And that was one of the reasons why the hard socialism of the Soviet Union failed, and it is why the soft socialism of Western Europe is so anemic. At the end of the day, it is entirely natural for humans to work the system--any system--for their own betterment, whatever kind of system that may be. That's why the black-market economy of the Soviet Union might have in fact been bigger than the official socialist economy. That is why devoted socialists worked the bureaucracy to get the best homes, get their kids into the best schools, and provide their families with the best food, clothes, and amenities they could. Just like people in capitalist countries.

(And it's why Shasha and Malia Obama are going to a private academy instead of one of their Daddy's hellholes.)
It's why labor unions demanded exemptions and "carve-outs" from Obamacare for their own health-care plans. And why very rich liberals still try their best to minimize their taxes.

The problem with socialism is socialism, because there are no socialists. Socialism is a system based upon an assumption about human nature that simply isn't true. I can design a perfect canine community in which dogs never chase squirrels or groom their nether regions in an indelicate manner. But the moment I take that idea from the drawing board to the real world, I will discover that I cannot get dogs to behave against their nature--at least not without inflicting a terrible amount of punishment. Likewise, it's easy to design a society that rewards each according to his need instead of his ability. The hard part is getting the crooked timber of humanity to yield to your vision.

I bring all of this up because many in Washington seem convinced that the solution to the problem with capitalists is always less capitalism. To be sure, a free-market society is in some sense a government program. The government must prosecute criminality, enforce contracts, and demand that the rules be observed. Few lovers of free markets are so laissez-faire as to want to strip the government of its role as referee.

But few should want the ref to suit up and play the game.
Posted by The Whited Sepulchre at 7:49 PM