Hurricane Earl is about to SAVE AND CREATE SOME JOBS ! ! ! (Thank you for your continued support)

Hurricane Earl is headed toward The Carolina coast.
Let's all hope that everyone is ok, and that property damage is minimal.

A brief digression....  My family used to own a little shotgun house/shack/cabin on Beulah lake near the Mississippi river.  For the benefit of the Brits, Aussies, and occasional Canadians who frequent these pages, this is a shotgun house: 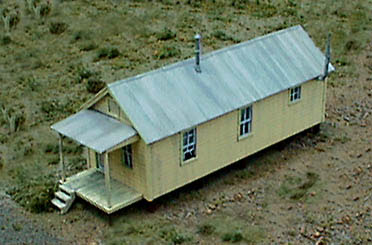 They're called shotgun shacks because you can fire a shotgun into the front door, and the pellets will go through all three rooms and all doorways of the house without hitting anything.  You can look in the front door and see out the back door.

We couldn't get insurance on our shotgun shack.  Guess why.  Go ahead, take a few seconds and guess.
No one in his right mind would have insured our lakeside cabin because it was built inside the Mississippi river levee.
It flooded every three or four years.
Every time water got into the cabin, my father and I would go in with a high pressure hose, wash out the mud and snakes, put down some new linoleum, nail up some new wall paneling, and declare the house "repaired".

That was then, this is now.

Hurricanes have a tendency to hit the east coast, doing a spectacular amount of damage every few years.  But that doesn't stop people from building mega-beach houses in the middle of hurricane alley. 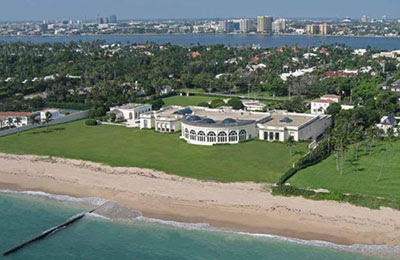 I bet you could fire a shotgun in the front door, and hit at least 3 reality show contestants.

Here's a photo one of Beyonce's family homes in Galveston.  Right there in the path of Hurricane Ike. 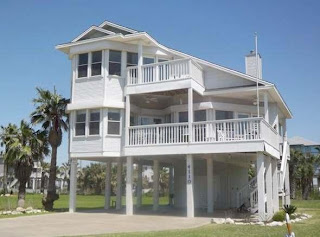 Here's the Business Insider, reporting on what you did for Beyonce shortly after Hurricane Ike.


Unlike say, Nic Cage or Lindsay Lohan, Beyonce Knowles is living the life. She and her husband Jay-Z are worth a reported $265 million and she's still the hottest singer on radio.
But did you know Beyonce's father Matthew Knowles owns a block of property in Galveston, Texas that was devastated by Hurricane Ike?

And did you know that FEMA is going to pay Beyonce and her father a cool $425,000 to reimburse them for close to the original value of the house? Yep, it's true, according to an excellent report from Mother Jones.

The house is one of 68 that will receive a FEMA-sponsored buyout according to KHOU.

Here's the Frum Forum, on an effort to require you to subsidize the insurance of people who want to build McShacks in Hurricane Alley....

For the past several years, Congressman Gene Taylor (D-MS) has been on a mission to add wind damage coverage to the National Flood Insurance Program (NFIP), which is already swimming in red ink.

His legislation, called the “Multiple Peril Insurance Act,” was slated to be voted on by the House of Representatives twice in the weeks before Congress left town for its August recess. The Democrats’ Daily Whipline announcing the floor schedule urged a yes vote on Taylor’s bill, but luckily for taxpayers, both times the leadership decided to pull the bill for lack of support.

Taylor and the Democrat leadership are concerned that it is hard for folks living in storm-prone coastal areas to get reasonably-priced wind insurance from private insurance companies.

Well, there is a very well understood reason for this. It is called RISK. Homes built in hurricane country are at high risk of exposure to wind damage.

Hurricane Earl is probably going to do a lot of damage to the Beach Houses along the Carolina coast.
It will do much less damage to the less spectacular homes built further inland.
The beach is a foolish place for a McShotgun Mansion.
The people who built homes further inland are probably responsible for 100% of their own insurance.

Guess who is about to get a huge FEMA payday?

Check out the aftermath, paying particular attention to who is going to pay for rebuilding.

The Trumps and Beyonces of the Carolinas appreciate your continued support.
Posted by The Whited Sepulchre at 7:57 AM

Here's a similar story about the floods on the Mississippi River.

Our government subsidizes risk and stupidity at every turn, all in the name of hearth, home, and compassion.

The worst part about Katrina is that taxpayers paid for levee improvements for decades. The local contracts were given to political cronies and union labor. Naturally, NOLA didn't get all the levee the rest of us paid for. The state and local governments were supposed to be prepared for such a disaster, but they had planned poorly, didn't follow most of their plan, and failed in implementing large parts of the plan.

Ray Nagin waited too long to order mandatory evacuation and Kathleen Blanco refused to permit federalizing the National Guard which would have put the soldiers under unified command and given them federal wages and benefits. The National Response Plan made the resposibilities very clear.