Councilman Michael Wolfensohn shuts down cupcake stand after discovering that his city isn't getting a percentage.

A politician in a New York suburb called police on two 13-year-old boys for selling cupcakes and other baked goods without a permit, according to a report Monday.

The Journal News in Westchester County said the boys, Andrew DeMarchis and Kevin Graff, had a brisk business selling cupcakes, cookies, brownies and Rice Krispie treats for $1 each in a Chappaqua park.

However, New Castle Councilman Michael Wolfensohn called the police after discovering the sale was not for charity, the newspaper said.

Anyone wanting to contact the city of New Castle, or Councilman Wolfensohn, can go here, BTW.
Kevin’s mother, Laura Graff, said the teens were “good kids” who were scared by the police call.

“I am shocked and sad for the boys. It was such a great idea, and they worked hard at it,” Laura Graff, Kevin’s mother, told The Journal News. “But then some Town Board member decided to get on his high horse and wreck their dreams.”…

“All vendors selling on town property have to have a license, whether it’s boys selling baked goods or a hot dog vendor,” Wolfensohn said. 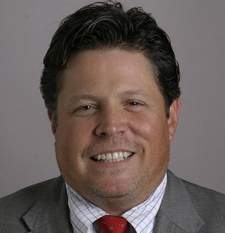 He said “in hindsight” he perhaps should have told the boys they needed a license rather than calling the cops. “The police are trained to deal with these sorts of issues,” he told The Journal News.

A permit to sell things in the park costs $150 to $350 for two hours and a $1 million insurance certificate is also required, the paper said…

Andrew DeMarchis told The Journal News of his disappointment.

“We were being entrepreneurs,” he said, “but now I feel a little defeated.”

Here's Radley Balko's take on the incident, which, as usual, is priceless.

I think I’ve changed my mind about these stories. If the point of having your kid start a lemonade stand, cupcake stand, or some other little venture is for him to learn what it’s like to be an entrepreneur, he might as well learn early on that part of being an entrepreneur is dealing with asshole politicians, petty bureaucrats, and rivals willing to use the law to shut you down rather than compete with you. It also means understanding that the costs of complying with all the bullshit hurdles the government puts in the way of starting up a business may mean you can never get your business off the ground, no matter how good your idea.


The cupcake kids will at least now grow up with a healthy distaste for politicians, and probably some newfound respect for the people who do actually manage to start a business in hostile environments that include requirements for million-dollar insurance policies and political slime like Michael Wolfensohn.

The picture of Michael Wolfensohn came from here.
Posted by The Whited Sepulchre at 5:38 PM

what a jackass. must be a obama supporter

Flood this guy's email - Rules are meant to be bent and broken precisely because Government does not have our best interests at heart. In life we all have to come down on one side or the other of the people or policy dichotomy. But remember, people are the doers - policies can't make a cupcake or a car. Best to come down on the side of people because in the end they will help you (or not). This will come back to haunt him.

One of the issues we deal with is regulators and politicians who want to remain anonymous.
The Anonymous Regualtory Nannies who keep certain drugs off the pharmaceutical market (BECAUSE CANCER PATIENTS COULD BE HARMED !!) come to mind. That's why these folks need publicity.

Which brings up this question....who are you people?

The part that pisses me off the most is the idea that the "police are trained to deal with these situations", um no they're not. They are trained to use force against those the think are breaking the law, up to and including lethal force. They are not trained to harass a bunch of kids selling cookies, unless you want to see those kids tased, jailed, and beaten.

With so much going on in the world and his community, this 'guy' has way to much time on his hands and in most cases is powerless. It's a typical BULLY tactic. Grow up guy, feel like the kids on the playground are still picking on you????

Michael Wolfensohn should be physically beaten into submission until he begs for his life! Bones need to be broken, and major laserations upon the face is in order... That seems like a punishment that does fit the crime but, if the man is beaten without remorce, he will remember it for the rest of his life... It's a fear-mongering tactic that would not only stop Mr. Wolfensohn from effecting others with his invalid opinions but, it would cause others like him to fear punishment from random civilians for similar actions... The government uses these tactics, and the general population must learn to use them as well... If someone's OPINION effects someone else's life, they deserve to be removed from society in one way or another.

The newspaper article mentions that he was in the park with his daughters ... which means someone actually had kids with this guy???? That goes to show you ... Some women will sleep with ANYTHING!!!!! Stupid coward seems to be an appropriate description of this guy. Get him OUT OF OFFICE!!!!! Anybody who is that much of a backstabber to little, innocent children??? Just think what he can do to the adults ... and he's pretty ugly as well. All around loser!!!!!

unless the people of that town are completely brain dead i think we can rest assured his political life has been effectively terminated. until he moves on to washington that is.

What an ass wipe.