If you have ever doubted whether businesses LOVE being regulated by friends in government, doubt no more.  If you're lucky enough to have Uncle Sam keeping out competitors, you are very fortunate indeed.
So who is now fighting against going out into the cold, cruel world of the unregulated marketplace, a marketplace that sometimes wears plaid slacks with a patterned shirt?
Interior designers.  And they don't like it one bit.

Tears and cheers have punctuated hours of testimony as licensed interior designers warn lawmakers that lives will be lost to flammable fabrics and paints if they don't keep regulation of the profession in place.


"Buildings do not burn. Interiors do," Gail Griffin, a professor at Miami Dade College's School of Architecture and Interior Design, told the House Appropriations Committee on Wednesday.

She scolded the (budget cutting) panel for their ignorance.

"Do you know the color schemes that affect your salivation, your autonomic nervous system?" she said. "You don't even have correct seating. And somebody chose that for you."

Yes, your autonomic nervous system could send you into a state of mis-matched shock, and cause you to lose your salvation.  And if you were to ascend to heaven to take your place at the right hand of The Father, it could happen again because God doesn't have a liscenced interior designer in charge of his seating arrangements.

The thinking is that getting rid of regulations will save business owners money on fees and make it easier for new people to set up shop. It's part of the end-job-killing-regulations mantra from Republicans.


But no deregulation proposal has generated more controversy in Florida than the one targeting interior design.

....Unlicensed designers argue that regulations stifle competition and keep the industry in the hands of a greedy cartel.


Pat Levenson of Lake Worth said she wanted to be an interior designer her whole life and returned to school to earn a degree in the field.

Florida is one of only three states that requires a license to practice commercial interior design. Currently, 4,203 individuals and businesses hold such licenses. Getting one requires six years of education and experience, passing a national exam, a $30 application fee and biennial $125 licensing fee.


High-powered lobbyists have been hired on both sides, but the appeals of licensed designers appear to be gaining traction.

Several representatives, including two Republicans, have said they want designers out of the proposal.

Rep. Darryl Rouson, D-St. Petersburg, said he has been surprised by the intense passion and it has convinced him the profession needs to remain regulated.

"Interior design is more than just selecting a color and a piece of furniture," he said.

Saying that the profession needs to remain regulated is another way of saying that Darryl Rousen has been bought and paid for.  Regulation, like interior design, is more than just creating rules.  It's about keeping out competitors.

"It's knowing the psychological impact of carpeting, and how carpeting affects the work environment and the living environment. There's something to be said when you walk into a doctor's office and the environment puts you at ease in your moment of illness and discomfort. It's not fun when people get sick because of selection," Rouson said.

Yeah.  One time I went to the doctor with a cold, and the doctor had a Thomas Kincaide (Painter Of Light) picture in the waiting room.  My fever went through the roof.

Edward Nagorsky, director of legislative affairs for the National Kitchen and Bath Association, said those concerns are unfounded. 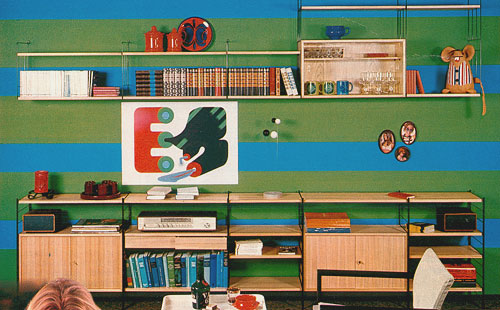 "They make it sound like it's so difficult, it's so complicated and it takes years of experience. It doesn't," he said, noting retailers sell products specifically designed for commercial spaces.

"It's a cartel because these licensed designers are fighting for regulations to keep other people from entering the field," Nagorsky said.

The next stop for the bill is the House floor, which one expects is covered in flame-resistant carpet. 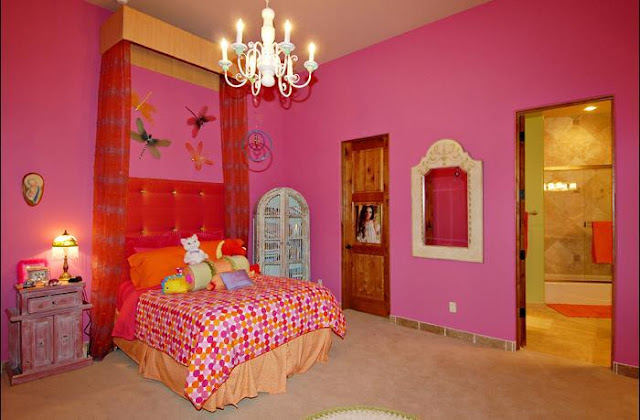 The pics of bad interior design came from here.  I'm willing to bet that the designs were created by a licensed pro.
Posted by The Whited Sepulchre at 7:17 AM

Email ThisBlogThis!Share to TwitterShare to FacebookShare to Pinterest
Labels: regulation, regulatory capture, that which I don't know much about but know what I like

"Buildings do not burn. Interiors do,"

Hard to believe my wood frame house will stay intact while the ceramic tile, brick and metal fixtures burn.

I would like to see a comparison of regulated industries versus unregulated, along with a cost estimate of what regulatory compliance and enforcement costs on a per license basis. You got a list or something?

I don't know about you, but I wouldn't want just any old untrained person, selecting things, without understanding the implications of their training. Would you want just any person designing spaces in high rise office buildings, hotels, condominiums without and understanding of fire code, flame spread, or environmental impact?? What about an untrained designer specifying for healthcare facilities without understanding Infection control, VOC's, cleanability. What about ergonomic seating???? Correct lighting based on tasks involved. While the article was a bit extreme, Trained designers that meet regulatory guidelines are needed. I would think twice, the next time I see the damage an earthquake, flood, or tornadoes do. Yes even as an interior designer I had to know seismic issues, mold issues and abatement, and wind resistant construction as well..

Thanks for the post, my girlfriend has always wanted to be a interior decorator. And I support her all the way. But it might be a hard and long journey for her, because she still thinks stripes look good with plaid.

I would like to recommend your article .. you can also refer MNC Office Interior Decorators in Bangalore