Rupert Murdoch attacked by pie assassin - Who will be the next victim?

It looks like Rupert Murdoch's media empire is infested with reporters who illegally hack into phones and emails.
Any reporter doing this in the U.S. should be locked up, and the key should be thrown away.
Here's a video of a protester trying to hit Murdoch with a pie during some testimony before Parliament.  Murdoch's wife intervenes before the pie-chunker can get too close.

In the U.S., we're supposed to be protected from warrantless wiretaps by the Fourth Amendment: 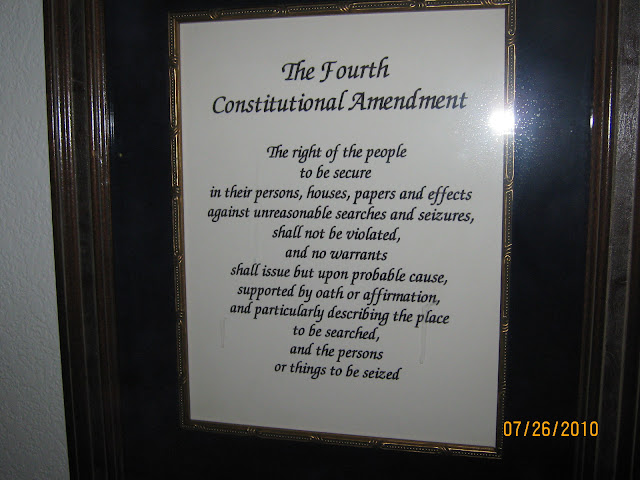 The wording is straightfoward.  Unless George W. Bush, Dick Cheney, and Karl Rove have a warrant, they don't have any business going through your papers or "effects".  "Effects" would be your email or your cell phone.

But during the Bush administration, we went into a blind panic and surrendered our rights to some people who wanted to go through our stuff without a warrant.  It was all for our own protection and safety. 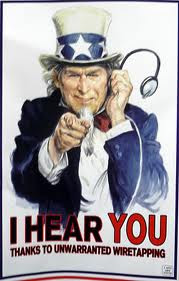 And it continues.  Here's the Wall Street Journal on Obama's "evolving" stance on listening to your conversations:

....we're beginning to wonder if the (Obama) White House has put David Addington, Mr. Cheney's chief legal aide, on retainer. The practical effect is to prevent the courts from reviewing the legality of the warrantless wiretapping program that Mr. Obama repeatedly claimed to find so heinous -- at least before taking office. Justice, by the way, is making the same state secrets argument in a separate lawsuit involving rendition and a Boeing subsidiary. 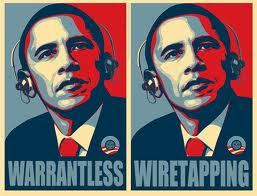 Hide the children, but we agree with Mr. Obama that the President has inherent Article II Constitutional powers that neither the judiciary nor statutes like FISA can impinge upon. The FISA appeals court said as much in a decision released in January, as did Attorney General Eric Holder during his confirmation hearings. It's reassuring to know the Administration is refusing to compromise core executive-branch prerogatives, especially on war powers.

....Then again, we are relearning that the "Imperial Presidency" is only imperial when the President is a Republican. Democrats who spent years denouncing George Bush for "spying on Americans" and "illegal wiretaps" are now conspicuously silent. Yet these same liberals are going ballistic about the Bush-era legal memos released this week. Cognitive dissonance is the polite explanation, and we wouldn't be surprised if Mr. Holder released them precisely to distract liberal attention from the Al-Haramain case.

Hit the link to read the whole thing.

So....  who would you rather have illegally listening to your phone calls and reading your emails?  Rupert Murdoch or Barack Obama? 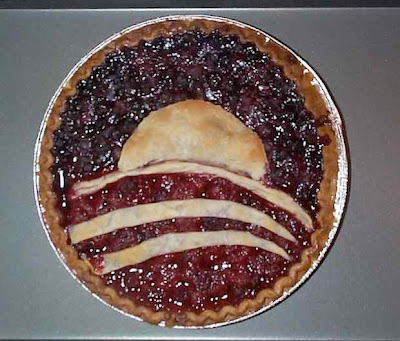 And is Michelle Obama prepared to step between Barack and a pie? 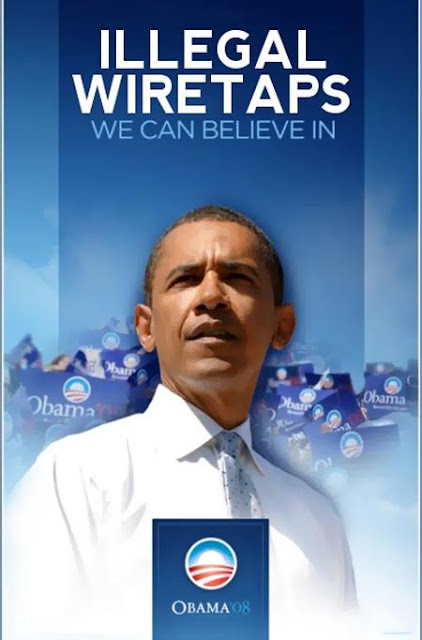 The pic of the Obama Pie came from here.
Posted by The Whited Sepulchre at 7:17 AM

It looks like Rupert Murdoch's media empire is infested with reporters who illegally hack into phones and emails.

That's a perfect opportunity to talk about...Obama.
And government wire-tapping.
That's where the real story is.
(sigh)

I spent a lot of time thinking about Murdoch's responsibility. In the military, we say that a leader is responsible for everything his subordinates do or fail to do. His unwillingness to accept responsibility, at least as a leader if not legal, annoyed me.

But another equally true axiom is that you never hold someone responsible for something they don't control. Did Rupert know this was going on? Did he encourage it? Or was the environment so driven to get leads that it created a moral hazard? If so, I think he's responsible. But to the extent that such behavior of dirt diggers is driven by personal greed and is discouraged by management, then Rup is off the hook.

Obama and Bush had no such ignorance. They knew what they were doing. I'd like to think that they really are just focusing on genuinely suspected terrorists. Obama's hypocrisy is beyond the pale and I liked the way you developed your story.

Maybe you should run NewsCorp.