What would it take to change your mind?

Patrick Crozier over at Samizdata asks the great philosophical question "What would it take to change your mind?"
In the link, Mr. Crozier uses the example of Global Warming.  He believes that Anthropogenic Global Warming isn't falsifiable, as there is no weather condition that isn't occasionally used as proof of AGW.  Therefore, it is a religious belief, rather than a rational one.  He begins his post as follows....


In the Telegraph, Tom Chivers asks: what would it take to change your mind? It's a good question; I'm forever using it in imagined arguments with socialists. It's good because it helps distinguish beliefs that are rational from those that are religious. If you can answer it without being facetious or coming up with an impossible and improbable test then your beliefs are rational. If not, they're religious. It's a question I ask myself from time to time, as in: what would convince me that freedom is wrong?

So what would it take for me to change my mind about freedom and libertarianism?

Here's what would be required for me to change my mind.  See if this works, if it is falsifiable, if it is non-facetious, and if it is rational.

No nation is perfect.  But the citizens of Hong Kong enjoy much more freedom than those of North Korea.

Not every nation is starting from the same baseline.  The U.S. has enjoyed about four centuries of basic respect for British Common Law.  That helps.  Other places have a government and a citizenry who thumb their noses at any contracts or agreements, and the entire nation is run on bribery.

China's airport have concession stands where helpful Sherpas will set up your new business in three days.  Try that in France.  You'll die waiting.

Here's a link to see the ranking of all nations by their relative levels of freedom.  Write down the places that interest you.

The Legatum Institute puts out a World Prosperity Index.  In addition to their overall prosperity rank, the nations are judged by their education systems, safety and security, health, and social capital.

The nations of the world don't have an exact correlation between freedom (liberty) and prosperity.  But it's close.  Of the top 10 nations in the Freedom Index, there are 5 who make the top 10 in the Prosperity Index.  Find me a correlation like that on every pro football Sunday afternoon, and I'll be a rich man by December.

Hong Kong, Singapore and Chile are all in the Top 10 of the Freedom Index, but not the Prosperity Index.  But these were all third world hellholes within my lifetime.  Then the great Milton Friedman visited them.  They're coming off a lower baseline than, say Norway, Denmark and Finland, but does anyone doubt that they're going to be more prosperous places than the Scandinavia within 20 years?

I believe that the relationship I see between prosperity and freedom is rational, falsifiable, and non-religious (regardless of how many people accuse me of swapping extreme Baptist fanaticism with extreme libertarian fanaticism).

I'll change my mind about libertarianism when the Heritage Freedom Index and the Legatum Prosperity Index no longer have a positive correlation.

So....what would it take for you to change your mind about the benefits of Obama's Stimulus Package? 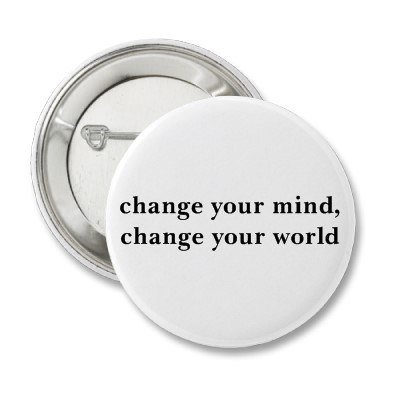 Posted by The Whited Sepulchre at 6:57 AM