Vladimir Putin took to the pages of The New York Holy Times a few days ago, bent Barack Obama over his knee, and gave him a firm spanking.  Most of Putin's editorial was about Syria, but some of it addressed the issue of "American Exceptionalism".


I carefully studied his address to the nation on Tuesday. And I would rather disagree with a case he made on American exceptionalism, stating that the United States’ policy is “what makes America different. It’s what makes us exceptional.” It is extremely dangerous to encourage people to see themselves as exceptional, whatever the motivation. There are big countries and small countries, rich and poor, those with long democratic traditions and those still finding their way to democracy. Their policies differ, too. We are all different, but when we ask for the Lord’s blessings, we must not forget that God created us equal.


American exceptionalism is the theory that the United States is "qualitatively different" from other nations.  In this view, America's exceptionalism stems from its emergence from a revolution, becoming what political scientist Seymour Martin Lipsett called "the first new nation" and developing a uniquely American ideology, "Americanism" based on liberty, egalitarianism, individualism, republicanism, populism and laissez-faire.  This ideology itself is often referred to as "American exceptionalism."

IMHO, here's the only thing that has ever made the USA exceptional - the opening salvo from the Declaration Of Independence:


We hold these truths to be self-evident, that all men are created equal, that they are endowed by their Creator with certain unalienable Rights, that among these are Life, Liberty and the pursuit of Happiness. — That to secure these rights, Governments are instituted among Men, deriving their just powers from the consent of the governed, — That whenever any Form of Government becomes destructive of these ends, it is the Right of the People to alter or to abolish it, and to institute new Government, laying its foundation on such principles and organizing its powers in such form, as to them shall seem most likely to effect their Safety and Happiness.


We are exceptional, and have prospered, and gotten richer than the founders could've imagined, because our government was founded on the idea that government is to serve us, and not vice-versa.

We have the right to Life,

and the pursuit of Happiness (not a guarantee, but we can sure chase it and occasionally run 'er down.) 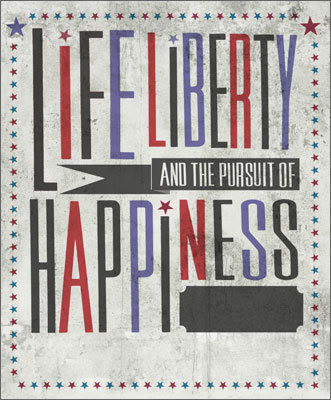 It's not our insane foreign policy that makes us exceptional, it's not about us being Jesus's favorite tribe, and it's not about our willingness to go to the Lands Of Brown People and blow up their wives and children.

We have certain rights, and the government is supposed to acknowledge them - Life, Liberty and the pursuit of Happiness.  Whenever the government is "destructive of these ends" it is the "Right of the People to alter or to abolish it".

Barack Obama's idea of American Exceptionalism is radically different from anything that might have made us exceptional in the past.  We are now buried in debt, we are governed by con-men, and we now have to read accurate and timely lectures from KGB strongmen in our paper of record.

We are on the path to becoming the next Bulgaria.  American Exceptionalism was nice while it lasted.
Posted by The Whited Sepulchre at 7:01 AM

Monica Perez has not only linked to my lowly site, but she has also commented on it!

Monica, have your people call my people....

"American Exceptionalism was nice while it lasted."

Our Constitution was exceptional. Too bad we didn't adhere to it.

Exceptionalism started dying in 1798 with the passage of the (first) Alien and Sedition Acts.

Unconstitutional acts continued throughout the years with few presidencies free of their taint. The biggest violations occurred during the terms of Lincoln, F. D. Roosevelt, and Obama. Our only exceptionalism today is the illogical belief that we are exceptional.

I think you hit it on the head!
Unfortunately, based on the commentary, you are preaching to the choir...