If you had ten million dollars....

If I were an entrepreneurial type and were to start my own business and somehow wind up with ten million dollars in the bank....

Or if I were to inherit ten million dollars....

Or if I were to hit the blackjack tables in Vegas and clear ten million....

I like to think that, after taking care of my daughter at Texas A and freakin' M university, I'd give a chunk of money to The Reason Foundation.

Here's what they do:

Reason Foundation advances a free society by developing, applying, and promoting libertarian principles, including individual liberty, free markets, and the rule of law.
Reason Foundation produces respected public policy research on a variety of issues and publishes the critically-acclaimed Reason magazine.
Together, our top-tier think tank and political and cultural magazine reach a diverse, influential audience, advancing the values of choice, individual freedom and limited government.

I believe that educating people about the Free Market and Small Government and Personal Freedom would do more good than anything else I could do with my money.  Freedom helps people, Big Government hurts people.

I'd probably give another chunk to The Cato Institute. 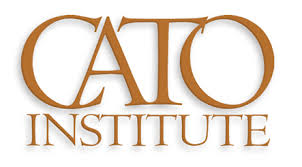 The Cato Institute is a public policy research organization — a think tank – dedicated to the principles of individual liberty, limited government, free markets and peace. Its scholars and analysts conduct independent, nonpartisan research on a wide range of policy issues.


Founded in 1977, Cato owes its name to Cato’s Letters, a series of essays published in 18th- century England that presented a vision of society free from excessive government power. Those essays inspired the architects of the American Revolution. And the simple, timeless principles of that revolution — individual liberty, limited government, and free markets – turn out to be even more powerful in today’s world of global markets and unprecedented access to information than Jefferson or Madison could have imagined. Social and economic freedom is not just the best policy for a free people, it is the indispensable framework for the future.

I know that, despite avoiding the place for the last 5 years or so, I'd give a chunk to the Agape Meal at Broadway Baptist Church.  If you want to give something to the poor folks in Fort Worth, Texas, Broadway BC is the way to go.

The Agape Meal is our weekly banquet for the community. Broadway hosts about 175 guests each Thursday with volunteer table hosts and servers for each table of seven guests. The meal is served Thursdays at 6:00 p.m.; tickets are available starting at 4:00 p.m. in the Baptist Center Breezway (west side of church on May St.) until all gone.Ideally volunteers should arrive by 5:30 p.m. for duty assignments (host, server, etc.) and enter through the Main Entrance on St. Louis St.

Hit the link above to read about their clothing ministry, the Room At The Inn program, and everything else they've got going on.  Good people, those Moderate Baptists....

I would give a massive chunk to the Libertarian Party Of Texas.  Hell, if I could get just one of the Nixon - Obama Drug War victims out of jail through political means, it would be money well spent.

It would be cool to sponsor a M.D. in some politician-ravaged region through the Doctors Without Borders program.

That's my list.  It's heavy on political education, mostly because I think political ignorance (which leads to Statism) has created more poverty, hunger and want than anything else on the planet.

Now, go here.
Posted by The Whited Sepulchre at 7:35 PM

Political education is nice, but I think we are past the point where any education other than hard experience is going to serve. Electoral politics is not going to save us.

A fantastic blog with a lot of useful information. I would love to get updates from you. Keep blogging. All the best.

You already have ten million dollars, otherwise you're just advocating against your own economic interests by fluffing the plutocrats and opposing the middle class.

By the way, how contaminated does drinking water have to get before it earns the grand title of Libertarian Water, or Freedom Water?

I like the organizations promoting political and economic freedom. I only wish I saw more about different segments of society governing themselves according to their morals, without the help of government.

by the way, if we were economically free, anyone who wasn't lazy could afford their own water treatment plant, built to their own standards.
As it is, I would n't be allowed to treat my own water if I wanted to.