The Beijing 2008 Olympic Games Opening Ceremony was incredible, wasn't it? I've searched in vain for some decent YouTube clips, but none are available yet. Lord have mercy, what a show. 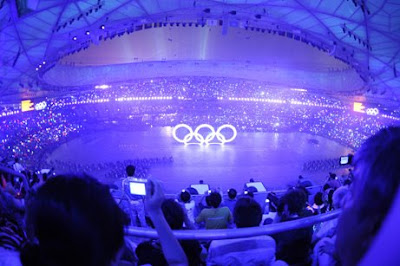 I love China, and I want wonderful things to happen for those people. Yeah, they're acting like idjits over Taiwan and Tibet. I keep hoping they'll make so much money that they'll stop caring. (Hit the "China" label at the bottom of this post if you want to read some of my bizarre travelogues from over there.) They've been through so much crap with horrific political systems, imperialist humiliations from the west, the opium wars, Marxist lunacy, Chairman Mao, The Great Leap Forward, and The Cultural Revolution. And now they're coming out of it. If you ever get a chance to go over there, jump on it. 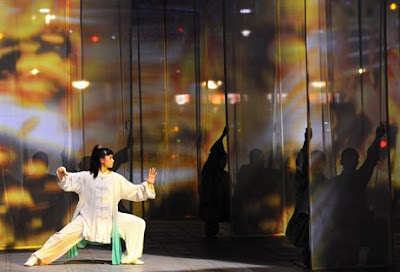 About 30 years ago, their Commie government got sick and tired of watching people starve to death on fertile land while Tibet and Hong Kong, with virtually no natural resources, prospered. The Chinese government opened four "Free Market Zones": Shenzhen, Shantou, Hainan, and Xiamen. (I've made five trips to Xiamen. It's now the Cleveland, Ohio, of China.) Of course, everyone who could do so tried to get into these special economic zones. They might claim to be Socialists, but they're not stupid. Those places prospered. 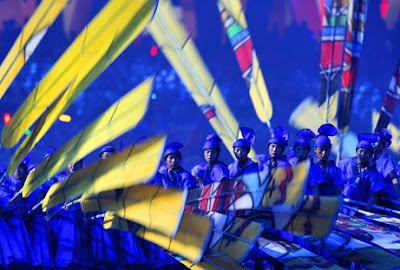 Early this morning, I started wondering.... Could any other nation done anything comparable to this opening ceremony? Let's start with, for lack of a better term, the "anglo" nations. The U.S., Canada, Great Britain, or Australia?
Nope.
We could never get that many people to cooperate. The unified, thematically cohesive event we saw last night happened because the government was willing to underwrite and enforce the artistic will of one person. Heck, we couldn't have gotten that performance out of the committee/planning stage.
I think it's safe to include Japan in that category.

Other countries in Western Europe? Germany? Forget it. France? The unions would never cooperate, and you can't pull off something like that with a 32-hour work week.

Eastern Europe? Latin America? South America? Any of the nations in Central or Southern Africa? Nope. This would've bankrupted their treasuries.

Numerous Middle Eastern nations have enough money. Saudi Arabia, maybe. But imagine all of the Imams and ayatollahs raising hell because doing such and such is against Islam. They would never allow female athletes to compete in immodest sports like beach volleyball within their nations either. So scratch them. 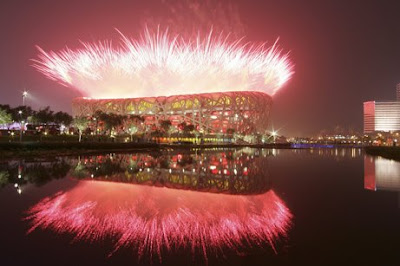 So correct me if I'm wrong, but I only came up with one other nation that is in that triangular area at the interstection of 1) creativity, 2) wealth, and 3) the ability to somehow enforce its will among its subjects.

Think about it, and then click here to see if you agree.
Posted by The Whited Sepulchre at 7:15 AM

2008 Olympic game is amazing~~~~ Also, I have collected lots of pictures about the opening ceremony in my site, they are also amazing :-)