Reason TV has put together a video explaining the ethanol scam.

Thanks to GW at Wolf Howling for posting it first. His commentary is helpful, as usual, so I'm scraping all of it to post here:

This is a good, short video from Reason TV discussing the utter boondoggle of ethanol. It is not a viable alternative to gas. It is driving the cost of food prices through the roof. It is hurting the environment and takes nearly as much energy to produce as it produces in energy when mixed with gasoline. In short, it is hurting America and the world.

That said, the opening scene is a real cheap shot of John McCain of the type I would expect from the NYT. They use old video of him when he supported the idea of ethanol. He long ago changed his position on ethanol, voting against the Farm Bill discussed in the video above and telling the people of Iowa that ethanol subsidies had to end. Mandates need to also. 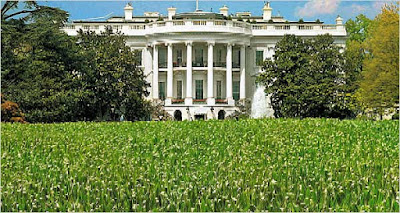 McCain, unlike many other members of The Party Of Small Government, has since spoken out against the ethanol mandate and subsidy and oughta get some credit in the video.
Click here to read a New York Times piece written when oil was only $50 per barrel and there were not yet any 3rd world food riots. People were starting to figure it out.
Posted by The Whited Sepulchre at 5:44 AM