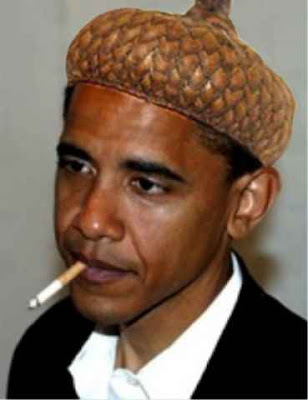 My favorite Acorn stunt was when they were campaigning for a minimum wage increase, shortly after suing for a minimum wage exemption. (They were arguing that, with such a high minimum wage, they wouldn't be able to hire enough people to accomplish their holy, godly mission. Duh.)
It just isn't fair. I had already mentally composed my Acorn census posts. They were great.
Picture of the former Acorn "Leadership Trainer" came from here.
Posted by The Whited Sepulchre at 7:23 AM

When my kid's were younger and that song "Isn't it Ironic?" by Allanis Morisette was big, I told my kids that none of the things she mentioned (rain on your wedding day, etc.) wasn't ironic, but just bad timing. The fact that a song teaching others about irony didn't feature any irony was more ironic than the situations described in the song - was kinda ironic.