Thomas Sowell on the motivations and incentives of politicians

Please stand for this month's reading from The Gospel According To Saint Thomas....

Economist Thomas Sowell, the smartest man in the world now that Milton Friedman is dead, has given us an assortment of new scriptures to ponder. 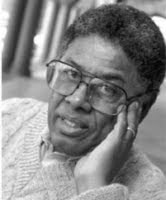 This month, Saint Thomas gives us a variety of new observations to ponder, mostly on the perverse desires of those who would gain control over every aspect of our lives:

No statement is more unnecessary than the statement that the government should "do something" about some issue. Politicians are going to "do something," whether or not something needs to be done, and regardless of whether what they do makes matters better or worse. All their incentives are to keep themselves in the public eye.

Let us continue with a later next verse:

One of the few advantages to the country in having Congress overwhelmingly in the hands of one party is that the lack of need to compromise lets the leaders of that party reveal themselves for what they are-- in this case, people with unbounded arrogance and utter contempt for the right of ordinary people to live their lives as they see fit, much less the right to know as citizens what laws are going to be passed by their government. The question is whether voters will remember on election day in 2010.

The man has spoken.
Thus endeth the reading from The Gospel According To Saint Thomas.
You may be seated.
Those of you interested in other lessons from this sermon series from the writings of Saint Thomas may go here.
Posted by The Whited Sepulchre at 7:02 AM

And I highly recommend his book "Economic Facts and Fallacies".

It exposes the many devastating unintended consequence of well-meaning "social justice" policies.

For example, the give-everyone-a-student-loan-because-everyone-deserves-a-college-education policy is what is driving college costs through the roof.

As Dr. Sowell explains, when everyone could get a mortgage home prices did NOT become more affordable they became completely unaffordable. Since everyone can get a student loan or gov't grant, colleges have absolutely NO incentive to lower their costs and run efficiently.

Unlike getting out of paying a mortgage through foreclosure, it is almost impossible to get out of paying a student loan and the gov't knows it. Their newest plan, to forgive student loans in exchange for 10 yrs of public service is just about as evil as it gets.

Get the book. Great read!

"...unbounded arrogance and utter contempt..." Putting those words on a Post-It on my desk. Now I have a fallback when I am at a loss for words to describe our government.

May the Lord God bless and keep St Thomas Sowell in health for many more years, so that we may continue to be fortunate to be the recipiant of his pearls of wisdom.

And I wonder what Thomas Sowell's motivations and incentives are.

I forgot -- you've labeled him a saint, so of course there can be no axe to grind (by him or you, his disciple).

Doctor,
I'm so glad to have you back that I am almost ready to concede the point. It just ain't the same without you....

I have no idea what would motivate someone to advocate leaving other people alone. Probably some bizarre childhood trauma on Sowell's part. I'm re-examining my past to see if I was ever spanked for taking money from friend A to give to friend B.

BTW, I'm getting occasional traffic from GMU. Some of my unorthodox (soon to be the norm, I hope) religious opinions are bouncing around up there.

(as usual, I'll write a little Hymn to the tune of "The Yellow Rose of Texas")

An economics genius,
we know and love so well.
The one whose knowledge leads us:
Saint Thomas of Sowell.

He says that government takes us,
Down a rabbit hole.
And millions upon millions,
are happy to be on the dole.