Without nearly enough apologies to the works of T.S. Eliot....

December is the cruelest month, breeding
Defeats out of the dead land, mixing
Memory and desire, stirring
Fumbles in the Meadowlands.
Autumn kept us warm, covering
Earth with easy wins over lowly Oakland, feeding
A little life with dried tubers.
Eli surprised us, coming over the top
With a shower of passes; though we stopped not one,
Romo and Whitten set records; into the end zone
Giants returned punts, and treated us like losers. 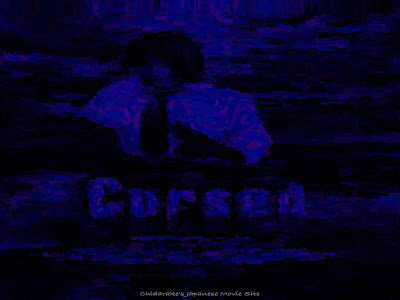 LET us go then, you and I,
When the stadium is spread out against the sky
Like a patient etherised upon a table;
Let us go, through Arlington's half-deserted streets,
The muttering retreats
Of bulldozed houses near one-night cheap hotels
And bad chain restaurants with oyster-shells:
Streets that follow like a tedious argument
Of insidious intent
To lead you to an overwhelming question …
Oh, do not ask, “What is it?”
Let us go and make our visit.

In the room libertarians complain
Cursing both Jerry, and Eminent Domain.

The yellow curse that rubs its back upon the uniforms,
The yellow December curse that rubs its muzzle on the gray and blue uniforms,
Licked its tongue into the corners of the end zone,
Lingered upon the Cowboy drives that failed to move the chains,
Let fall upon its back the hopes that falls from gullible fans,
Slipped by the defense, made a sudden leap,
And seeing that it was a soft December night,
Curled again about the Meadowlands, and fell asleep. 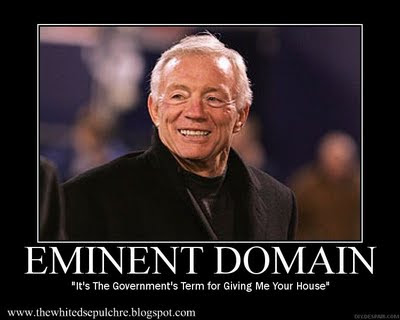 We'll soon see New Orleans riding Brees-ward on the waves
Combing the white hair of the waves blown back
When the wind blows the water gold and black.

We will linger in the Dome of the damned,
By cheerleaders wreathed with fabric gold and brown
Till the ref whistles wake us, and we drown. 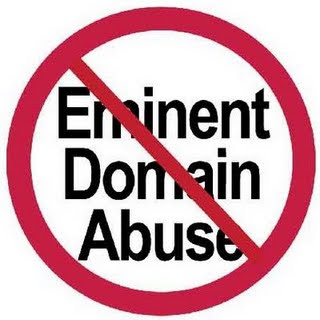 And I have known the eyes already, known them all,
The eyes that fix you in a formulated phrase,
And when I am formulated, sprawling on a pin,
When I am pinned and wriggling on the wall,
Then how should I begin
To explain the theft of land and homes?
And how should I go on? 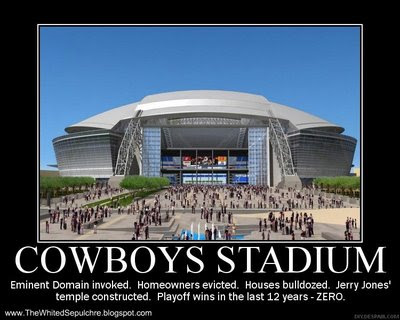 For I will show you fear, fear in a handful of dust....
Pics came from here and here.
Posted by The Whited Sepulchre at 6:57 PM

Sir, every so often, I know I am reading something great. And this is one of those times! I grinned... and then smiled... and giggled and laughed - all whilst mesmerized to your poetry's adherence to a certain lesser-poet's cadence and tone.

That is why you - T.W.S. Eliot - are the Poet Laureate of the Southside of Fort Worth and adjoining Arlington.

And though the 'Re-Birth of Big School Bowl Appearances' by my beloved Alma Mater was tarnished by "The Burial of The Smelly Dead Cowboys". This poem lifted my spirits a good bit!

Tarrant Liberty Guy,
I appreciate your comment, but I'm disappointed that you didn't make it rhyme. I know that you are capable.