My employer, Jukt Micronics, is about to open another factory at a location on the east coast.  (One of the east coast states is going to give us a deal on land, building, and equipment that will make the deal you gave us on forklifts look downright stingy.  Thank you so much, all you little people in the 99%.  PLEASE, please, please, keep voting for Democrats.)

While I was researching the area, I looked up a map of the Right To Work states.  Places where you aren't forced to give money to a labor union.

Mitch Daniels of Indiana has somehow managed to convert his state from Hoffa to Choice since this map was produced.  That's the only exception I've found.  Color Indiana red.

The work map looked familiar.
I looked up an electoral college map of the 2008 elections. 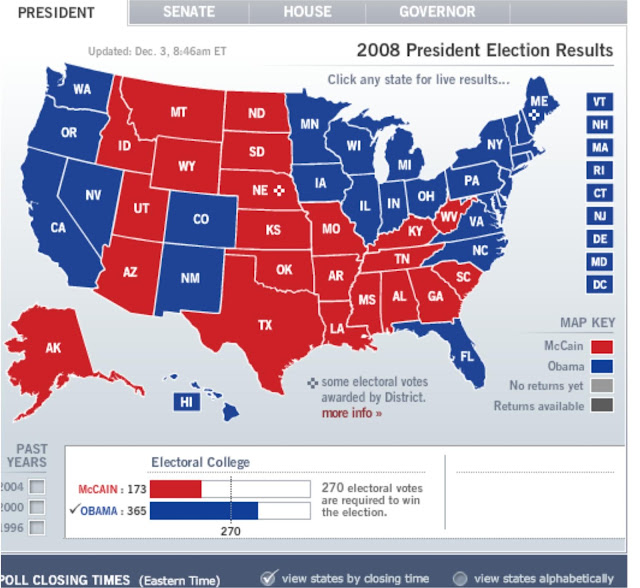 Ok, here's a map of what CBS calls the Battleground States for 2012:

Of the outlier Union Vs. Choice states, Florida, North Carolina, Virginia, and Iowa all made the CBS list.  (Some other Battleground/Swing State lists included Missouri and Indiana!) 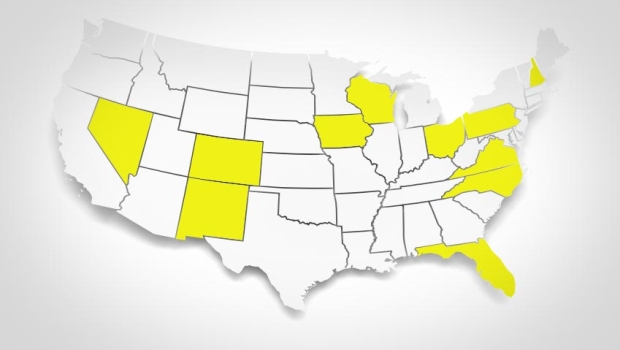 If the economy is supposedly the #1 issue, then whether or not a worker should be forced to give money to a union is the filter through which the issue is seen.
Fascinating stuff, I think.

Posted by The Whited Sepulchre at 6:23 PM

The similarity between red state/blue state and choice state/Hoffa state hit me hard. Couldn't believe it.