I hope everyone has a great 4-20.
Here's Wikipedia on the siginificance of the date:

April 20 has evolved into a counterculture holiday, where people gather to celebrate and consume cannabis. Some events have a political nature to them, advocating for the decriminalization of non-medical cannabis in the United States.

It's important because of a co-worker I had during high school.  His name was John Addams.  John got caught with a lot of weed. Because of who he was purchasing the stuff from, it became a federal case.
The FBI was putting pressure on John to testify. His suppliers (sons of an Arkansas state legislator) told him that if he testified they would kill members of his family. John did the logical thing and killed himself. John's death was one of the logical, predictable consequences of our drug war.

4-20 is important because of someone named Pablo Ramos of Juarez, Mexico. Pablo was my boss's brother-in-law. By all accounts he was an incredible chef. He was in charge of the food service at three different auto manufacturing plants in Juarez.
As you probably know, our drug war has turned Juarez into a living hell. The drug lords recruit teenage boys to work for them, give them money, drugs, women and palacial homes. When they get a little older, get a little slower, or merely get replaced, these young men are simply thrown out. Three or four of these displaced cocaine cowboys broke into Pablo's home, tied up the whole family, took all their money, and then left without harming anyone.
One of them had second thoughts about leaving Pablo alive, came back in the house a few minutes later, and shot Pablo Ramos in the head. This happened one year ago this week. The family is totally devastated.

4-20 is important because of two of my current employees. I'll call them Susan and Sheila. Susan and Sheila were caught with trifling amounts of marijuana almost a decade ago. They've been to jail. They've spent a fortune paying bullshit government counselors for bullshit government counseling sessions. For the rest of their lives, they'll have to give detailed info about this every time they apply for a job.

4-20 is important because of John Kerry, Al Gore, George W. Bush, and Barack Obama. All of them affirm that they've smoked marijuana, but none of them got caught. Had they been arrested as teenagers, like my friend John Addams, their political careers would've ended at that moment. Their lives would've been ruined. (I don't include Bill Clinton on this list because he didn't inhale.) 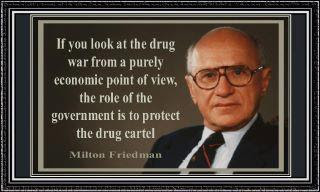 We have 6% of the world's population and 20% of its prisoners. A huge number of these are because of drug-related offenses.
If we were to go back to 1970 incarceration percentages, it would mean cutting one million government jobs.
All we are doing is providing a monopoly for the Drug Lords of Mexico and Afghanistan.
40,000 men, women, and children have died in Mexico because of Obama's Drug War.
Yes, it is now Barack Obama's Drug War.
If you vote for him again, it's yours.
Have a good 4-20. Stay safe.
Vote Libertarian.
Posted by The Whited Sepulchre at 8:57 AM

Don't know if you have heard or would be interested but there will be a blogshoot tomorrow.

Borepatch has the details