A quick note to waitresses, waiters and bartenders

Robert Samuelson, one of the House Economists at The Washington Post, has penned a quick and dirty hit on ObamaCare.

The points he makes are similar to the ones our company president made in a management meeting a week ago.  Namely, ObamaCare is going to change our lives.  For the worse.

The Law Of Unintended Consequences is going to be a major factor here.....

Just recently, the Internal Revenue Service issued an 18-page, single-spaced notice explaining how to distinguish between full-time and part-time workers under the Affordable Care Act (“Obamacare”). The difference matters, because the act requires employers with 50 or more full-time workers to provide health insurance for those workers. At the same time, no company has to buy insurance for part-time employees, defined as those working less than 30 hours a week.....

Let me interrupt here....  They're not going to let anyone chop a 500 employee company into 10 smaller companies with 49 employees each.  We've already checked.
This alone is proof that ObamaCare is going to be a drain on the economy.  No business owner is going to hire employee number 50 without lots of prayer and fasting.
It's also proof that the President Of The United States flunked Economics 101 at Occidental College.  You can look it up.  Having never held a real private sector job, he doesn't understand incentives.

Obamacare has faded as a campaign issue, perhaps because it doesn’t suit either the president or Mitt Romney. It’s not popular, a minus for Barack Obama. Its resemblance to Romney’s Massachusetts program is a minus for him. But Obamacare’s relentless march to full-fledged introduction in 2014 demonstrates that, for all its good intentions, it will make the health-care system more confusing (see here), costly and contentious. It won’t control health spending — the system’s main problem — and will weaken job creation.

One more interruption....  Things are expensive when they are scarce, relative to demand.  ObamaCare doesn't eliminate the scarcity of doctors, nurses, or drugs.  It only eliminates the scarcity of IRS worker/drones by mandating that we hire another 16,000 of them.

Consider the treatment of full-time and part-time workers as an object lesson.

Exempting part-time workers is a concession to practicality. If companies had to provide insurance for all part-time and seasonal workers — often unskilled and poorly paid — the high costs (a worker-only insurance policy can run more than $5,000) would eliminate many jobs or inspire mass evasion. On the other hand, exempting too many “part-time” and “seasonal” workers would make achieving near-universal insurance coverage much harder.

I think we're gonna see "mass evasion".  Remember this, oh waitresses, waiters and bartenders....  You don't claim all of your tips and income on your taxes.  If our Lord And Savior Jesus Christ was a bartender, he wouldn't claim all of his tips on Caesar's taxes.  So don't get all pissy if your employer tries to save some money on taxes.

So there’s a balancing act: preserving jobs vs. providing insurance. The problem isn’t small. In September, 34 million workers, about a quarter of total workers, were part-time, reports the Bureau of Labor Statistics. But the bureau defines part time as less than 35 hours a week; Obamacare’s 30 hours a week was presumably adopted to expand insurance coverage. There are now 10 million workers averaging between 30 and 34 hours a week. To the bureau, they are part-time; under Obamacare, they’re full-time.

So do you think your employer is going to leave you at 35 hours a week, just to satisfy the mandates of this crazed bastard?  Or do you think he's going to cut you to 30?  Remember this, watresses, waiters, musicians and bartenders....You don't claim all your tips on your taxes.  You want that money.  You don't want John Boehner and Mitch McConnell and Barack to have it.  So what's your employer going to do???  He's going to do the same thing you do.  End of story.  He will not give the government any more money, for the same reasons that you don't.

Employers have a huge incentive to hold workers under the 30-hour weekly threshold. The requirement to provide insurance above that acts as a steep employment tax. Companies will try to minimize the tax. The most vulnerable workers are the poorest and least skilled who can be most easily replaced and for whom insurance costs loom largest. Indeed, the adjustment has already started.

But...But...But....when I voted for Obama, that's not what I thought would happen !!
Yeah, yeah, I know.  It was really cool to vote for the hip, fit, multi-racial guy and make history.  You've made your point.  Now you can make your point by staying home on November 6th.

As first reported in the Orlando Sentinel, Darden Restaurants — owners of about 2,000 outlets, including the Red Lobster and Olive Garden chains — is studying ways to shift more employees under the 30-hour ceiling. About three-quarters of its 185,000 workers are already under, says spokesman Rich Jeffers. The question is “can we go higher and still deliver a great [eating] experience.” The financial stakes are sizable. Suppose Darden moves 1,000 servers under 30 hours and avoids paying $5,000 insurance for each. The annual savings: $5 million.

I just finished reading Keith Richards' autobiography.  Fascinating book.  Scattered throughout are accounts of how he and the other Rolling Stones have a masssive roster of lawyers and accountants telling them where they can live, rehearse, and record (and for how long) because of the tax implications.

This isn't evil.  It isn't selfishness.  It's why you don't report all your tips on your taxes.  You believe, like Keith Richards, that you are the best at spending your own money.  And this includes charitable contributions.

As a reaction to Obamacare, this makes business sense, but in other ways, it doesn’t. Waiters and waitresses going below 30 hours a week will lose income. They make about $15 an hour with tips, says Jeffers. A server who drops five hours would lose $75 a week. Although some servers under the limit might increase their hours and incomes, jobs will become less attractive because earnings will be effectively capped. Turnover, already 50 percent annually, might rise, as would Darden’s training costs. On average, servers receive 35 hours of training, says Jeffers.

Here's something from the preface to "Anthem", a short novel by Ayn Rand:

The greatest guilt today is that of people who accept collectivism by moral default; the people who seek protection from the necessity of taking a stand, by refusing to admit to themselves the nature of that which they are accepting; the people who support plans specifically designed to achieve serfdom, but hide behind the empty assertion that they are lovers of freedom, with no concrete meaning attached to the word; the people who believe that the content of ideas need not be examined, that principles need not be defined, and that facts can be eliminated by keeping one's eyes shut. They expect, when they find themselves in a world of bloody ruins and concentration camps, to escape moral responsibility by wailing: "But I didn't mean this!"

Those who want slavery should have the grace to name it by its proper name. They must face the full meaning of that which they are advocating or condoning; the full, exact, specific meaning of collectivism, of its logical implications, of the principles upon which it is based, and of the ultimate consequences to which these principles will lead.

They must face it, then decide whether this is what they want or not.

So, do you want it?  Better hurry.  You've got two weeks to decide between an Obamney or Gary Johnson.

Many companies, especially in the fast-food, retailing and hotel industries, will explore similar changes. Some workers will resent the limits on their wages. Others will think that companies have illegally denied them insurance, even though the IRS guidelines permit much flexibility in calculating who exceeds the 30-hour limit. That’s why the IRS notice is so long and complex. Still, some firms will cheat; enforcement will be hard.

But government bureaucrats and the insurance companies that they're demanding you purchase insurance from?  They're going to do well.

The argument about Obamacare is often framed as a moral issue. It’s the caring and compassionate against the cruel and heartless. That’s the rhetoric; the reality is different. Many of us who oppose Obamacare don’t do so because we enjoy seeing people suffer. We believe that, in an ideal world, everyone would have insurance. But we also think that Obamacare has huge drawbacks that outweigh its plausible benefits.

Would you support Jimmy Swaggart's Healthcare Plan?  Please list the reasons you wouldn't.  Those are the reasons to oppose ObamaCare.

It creates powerful pressures against companies hiring full-time workers — precisely the wrong approach after the worst economic slump since the Depression. There will be more bewildering regulations, more regulatory uncertainties, more unintended side effects and more disappointments. A costly and opaque system will become more so. 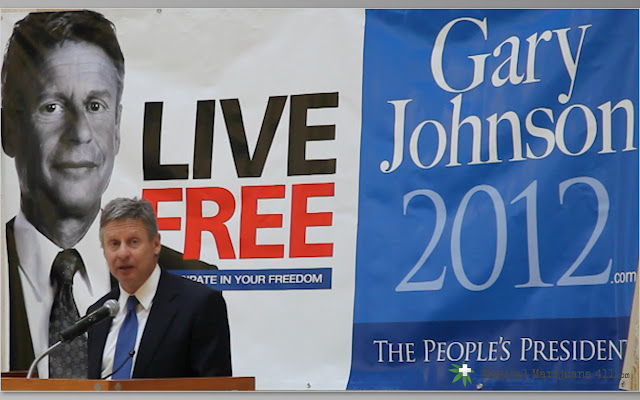 Posted by The Whited Sepulchre at 7:49 AM

So do you think your employer is going to leave you at 35 hours a week, just to satisfy the mandates of this crazed bastard? Or do you think he's going to cut you to 30?

You think they're going to JUST cut them to 30.

Speaking as a former Domino's GM if the word comes out my employees cannot average 30 hours/week over a given period of time they're going to normally get 20-25 so I have margin of error.

If someone is at 30 every week and I have to get them to work a double that one shift will put them over 30 average for the year. Better to keep them at 24 (four 6 hour shifts) and even a double will only give them 30 once much less push their average above.

Half-time will be the norm for low skill hourly workers under Obamacare.

I appreciate that still Employers have a huge incentive to hold workers under the 30-hour weekly threshold. The requirement to provide insurance above that acts as a steep employment tax link. Companies will try to minimize the tax. I hope it will be implement in next years as well.