The Pain, The Pain

Televangelist Oral Roberts once told his followers that unless they gave him 4.5 million dollars, the Lord was going to "call him home". He got away with it.


Barack Obama once told his followers that unless they gave him 700 Billion dollars in "stimulus", they were going to suffer an economic disaster. I bet he gets away with it. (The massive spending on the right side of this chart is supposedly a cure for the bad things on the left. LOL.)

BTW, Obama's top economic experts, Peter Orszag, Jared Bernstein, Christina Romer, Larry Summers, and Austan Goolsbee have ALL resigned. They came in, ripped off the Treasury, and got the hell out. There are some stains that they don't want on their resumes.

And yet there are still true believers who can't see it. No matter how likeable Oral Roberts and Barack Obama are, there really is such a thing as a con game. Admitting that you've been taken really does hurt. 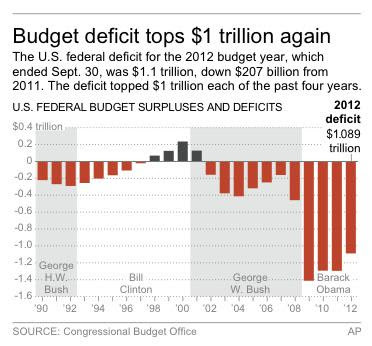 Posted by The Whited Sepulchre at 7:19 AM