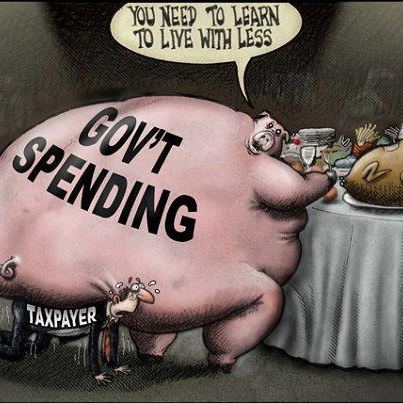 Posted by The Whited Sepulchre at 1:42 PM

Of course, the fed is buying 2/3 of our debt now, and has been for some time, but the US issues it's own currency so we'll never run out of money.

And yet I get into Facebook discussions with otherwise intelligent people who claim that this isn't a problem because, after all, the bonds and T-bills are still selling! To us!
Lord have mercy on us all.

we have his weekly rant in our newspaper here in Atlanta,that clown is insane I cant believe some of the stuff he writes

Swell, this gives me a few ideas on how to talk to my bank's manager. Indeed, why worry, if bank could give me another loan...