I might stop putting original content on this site, and start scraping Don Boudreaux's and Russ Roberts' Café Hayek posts every day.  Just out of awe.  And maybe laziness.
As long as those two are alive, I really don't have much to say about anything but dachshunds.

Here's a recent post that Boudreaux put together about shipping and freight:

The Quotation Of The Day is from page 2 of Rose George’s 2013 Ninety Percent of Everything: Inside Shipping, The Invisible Industry That Puts Clothes On Your Back, Gas In Your Car, and Food On Your Plate:


But who looks behind a television now and sees the ship that brought it?  Who cares about the man who steered your breakfast cereal through winter storms?  How ironic that the more ships have grown in size, the less space they now take up in our imagination.

It is one of the most historically unique and amazing features of life in modern market economies: almost everything that each of us daily consumes – stuff mundane to us, such as toothpaste, laundry detergent, underwear, houses with solid floors, walls, and roofs, motor transportation, blueberries and pineapple year-round in Boston and Berlin – is stuff that no one person knows how to make.  It’s not just that you didn’t make and don’t know how to make, say, the drip-coffee maker that you used this morning to brew your cup of coffee.  No one knows how to make that coffee maker.  And nor is all of the knowledge necessary to make that coffee maker, and to get it at reasonably cost into your kitchen, available in any one place or to any one self-consciously cooperating group of minds.

Of course, there is an organization of people – working, say, for a company called Krups – in which there exists the knowledge of how to assemble various component parts – wires, metal, glass carafes, heating elements, and so on – into a coffee maker.  But Krups (as is the case with the likes of Braun, and Cuisinart, and Black & Decker) only does the final assembly (and, perhaps, had a creative idea or two for just how to assemble component parts together into an unusually good coffee maker). 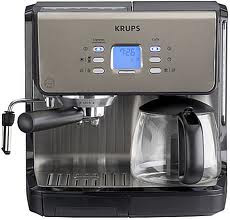 But tap into all of the knowledge in all of the brains of all of the people who have ever worked for Krups and you’ll not get one one-billionth of all the knowledge that is necessary to transforms all of the materials that are ‘in’ your coffee maker from their raw stage and into the machine that now sits patiently on your kitchen counter, ready to allow you to brew more delicious coffee within minutes, with no sweat or danger, and with just a few small and minor muscle movements on your part.

One day I'm going to write an illustrated post about how my employer makes products as fundamentally ridiculous as fruitstands, but showing how the process now involves people in four continents.

I've been wanting to write this "I, Fruitstand" post for years.

But, to Dr. Boudreaux's point, I'm around them every day.

It doesn't fascinate me that the metal comes from Mexico just how we want it, and that the wood comes from the Appalachians and the casters from China and the plastic bumper from the Philippines, or wherever.  We take this process for granted, simply because it works.

Posted by The Whited Sepulchre at 6:07 PM

This coffee maker contains water reservoir detection which shuts off unit automatically if water is full.Good to tell the flavor control depends on aroma selection.