The CIA has admitted that it was behind the 1953 military coup in Iran that overthrew the government of radical nationalist Mohammad Mossadegh, and the US has declassified documents detailing how the CIA’s secret operation brought the country’s Shah back to power.  (Iran was going to nationalize the company that later became British Petroleum.)

This led to the 1979 Iranian Revolution when Iran grew weary of our puppet. 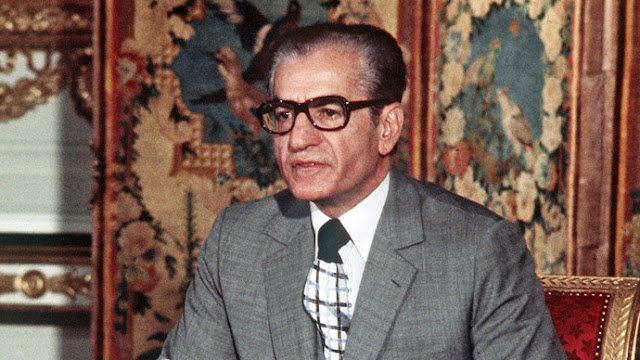 This led to every other Mid-East regime (with the exception of Israel) hating America.

This was part of what led to the 9/11 terror attacks.

This helped justify our responsibility for almost half of the world's military spending.  It "saved and created jobs" for Lockheed, Bell, General Dynamics, and scores of others.

It gave us plenty of reasons to fund both sides of an Arms Race between Israel and everyone else in the region.  Lockheed, Bell, General Dynamics, and scores of others are quite pleased with the results.

It created enemies that we needed protection from, hence the need for stronger "leaders".

For the last couple of decades, Colin Powell, Condi Rice, She Whose Name Is Not Spoken, and John Freakin' Kerry have been stomping around the globe making things worse.  Our armies follow in their paths.

Let's bring them all home.  Let's stop doing this.  Please.
Posted by The Whited Sepulchre at 6:29 PM

"The CIA has admitted that it was behind the 1953 military coup in Iran..."

Ah, what a brave admission considering the fact that pretty much every person who knew anything about Iran in the 1950s knew that the CIA paved the way for the Shah. It's equivalent to admitting that the CIA was behind the Bay of Pigs fiasco. The CIA will admit that in ten years or so.