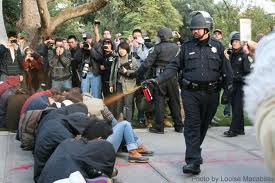 (10-23) 17:18 PDT DAVIS -- A former UC Davis police officer whose pepper-spraying of protesters gained worldwide notice thanks to a viral video has been awarded more than $38,000 in workers' compensation from the university for suffering he experienced after the incident.


Former police Lt. John Pike, who gained a degree of infamy for his role in the incident, was awarded the settlement Oct. 16 by the state Division of Workers' Compensation Appeals Board. The claim "resolves all claims of psychiatric injury specific or due to continuous trauma from applicant's employment at UC Davis." 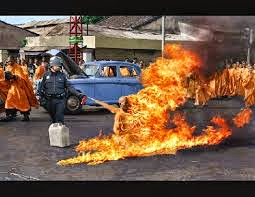 The incident that resulted in the $38,055 settlement happened Nov. 18, 2011, on the UC Davis quad during a demonstration opposing tuition increases. On the widely circulated video, Pike is seen dousing protesters for about 15 seconds with orange pepper spray. 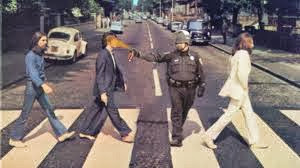 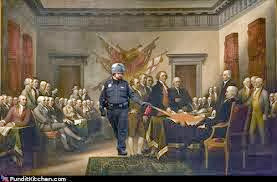 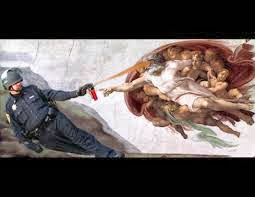 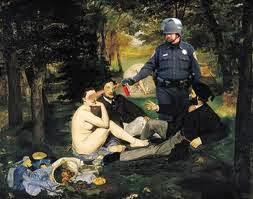 Pike was suspended with pay afterward. According to a database of state worker salaries, he earned $119,067 in 2011, the last year for which figures are available. 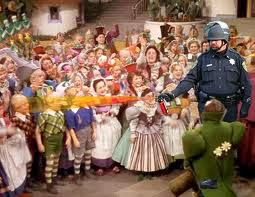 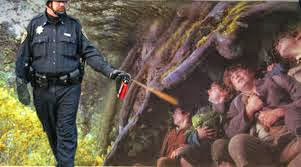 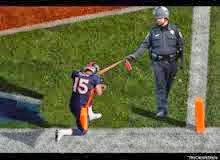 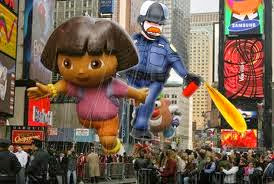 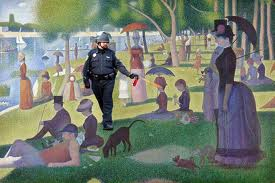 More than 17,000 angry or threatening e-mails, 10,000 text messages and hundreds of letters were sent to Pike after the video went viral, according to the police union. 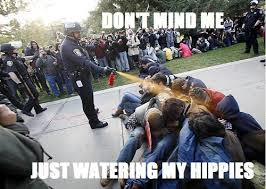 Pike repeatedly changed his phone number and e-mail address and lived in various locations. He left the campus police force in July 2012. 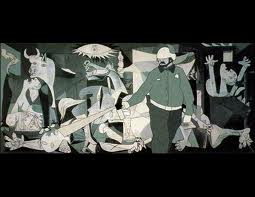 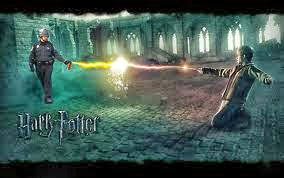 In a statement, UC Davis spokesman Andy Fell said, "This case has been resolved in accordance with state law and processes on workers' compensation. The final resolution is in line with permanent impairment as calculated by the state's disability evaluation unit." 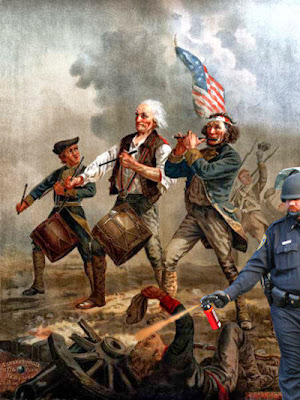 Earlier this year, UC Davis settled a federal lawsuit by paying $1 million to three dozen protesters who were pepper-sprayed.

The images from the glorious "Pepper Spray Cop" meme collection came from here.
Posted by The Whited Sepulchre at 7:14 AM