Thanksgiving and gratitude: Tell me I'm a good man

I've been thinking a lot about Thanksgiving and gratitude for the last few days.
Here's one of my favorite snippets of movie dialogue ever.
It's from the Spielberg classic "Saving Private Ryan", which ends with the following exchange between James Ryan (as an old man) and his wife.
They're standing at the grave of one a WW2 soldier who sacrificed himself so Ryan could live. 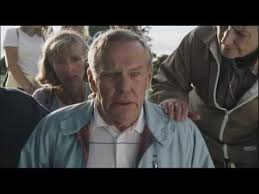 Ryan knows that a squadron of soldiers sacrificed themselves to keep him alive.  He wants reassurance that he's lived a life worthy of that sacrifice.

Nathan Hale, a soldier in the Continental Army during the American Revolution, volunteered for a spying mission.  He was captured by the British, and hanged.  His last words were:  "I only regret that I have but one life to give for my country."

William Tyndale dared to translate the bible from Greek and Hebrew into English.  His work revolutionized theology, education, and the English language, and was probably instrumental in toppling the concept of the "Divine Right Of Kings".  He lived most his adult life hunted like an animal all over Europe.  After being convicted of heresy, he was strangled, and his body was burned at the stake.

In 2012, CIA employee, NSA specialist, and computer programmer Edward Snowden became one of the nation's most notorious whistleblowers, leaking over 200,000 classified documents to journalist Glenn Greenwald, among others.  His disclosures revealed an out-of-control government conducting warrantless surveillance of emails and phone calls.  He will probably live out the rest of his life as a political refugee in the Soviet Union.

Fannie Lou Hamer grew up picking cotton near Ruleville, Mississippi.  She helped found the Mississippi Freedom Democratic Party, and organized the Mississippi Freedom Summer.  After being arrested on false charges near Winona, Mississippi, police officers almost beat her to death.  Shortly afterwards, she got under Lyndon Johnson's skin on national TV with a speech that included the following line:  "All of this is on account we want to register, to become first-class citizens, and if the Freedom Democratic Party is not seated now, I question America. Is this America, the land of the free and the home of the brave where we have to sleep with our telephones off the hooks because our lives be threatened daily because we want to live as decent human beings - in America?"

In 2010, U.S. Army Intelligence Analyst Bradley Manning downloaded more than 400,000 military documents to Wikileaks, including video of airstrikes killing Iraqi civilians and journalists.  His whistleblowing activity was met with a conviction for treason.  Manning will probably spend the rest of his life in a cage.

Tell me I'm a good man.  Tell me that I'm living a life worthy of this kind of sacrifice.

On November 9, 2012, Malala Yousafzai, a 15-year old Pakistani girl, was shot in the head by the Taliban.  She had been an advocate of education for girls and women.

Irwin Schiff, father of investment guru Peter Schiff, repeatedly and eloquently made the claim that the U.S. tax code is unjust and unconstitutional.  In 2005, he was convicted of willfully failing to pay income tax, and will be in a Fort Worth, TX federal prison until sometime in 2017.

Tell me I'm a good man.  Tell me that I don't ever take any of these sacrifices for granted.  Remind me that there will always be evil men who want to use political power and force for their own advantage.  Tell me that I'm the kind of person who will stand up to the bullies of the state.  Tell me that I'm living a life that would make these people proud.

Tell me I'm a good man.
Posted by The Whited Sepulchre at 9:11 PM

Glad you liked it, sir!
Hope to see you at our Christmas party.