A Fascist Chemist named Nathan Allen has taken to The Huffington Post to question why all media outlets don't follow the lead of the L.A. Times and Science/Reddit, and simply ban all Climate Change Skeptics from having their voices heard.  Here's a slice:

Like our commenters, professional climate change deniers have an outsized influence in the media and the public. And like our commenters, their rejection of climate science is not based on an accurate understanding of the science but on political preferences and personality. As moderators responsible for what millions of people see, we felt that to allow a handful of commenters to so purposefully mislead our audience was simply immoral.
So if a half-dozen volunteers can keep a page with more than 4 million users from being a microphone for the antiscientific, is it too much to ask for newspapers to police their own editorial pages as proficiently?

I hope you'll read the whole thing.  It's a beautiful example of the totalitarian mind at work.

But to respond to Nathan Allen's question....  Is it too much to ask for newspapers to police their own editorial pages proficiently?

Here's one from a couple of years later, making the same claim, but sliding back the deadline by two years. 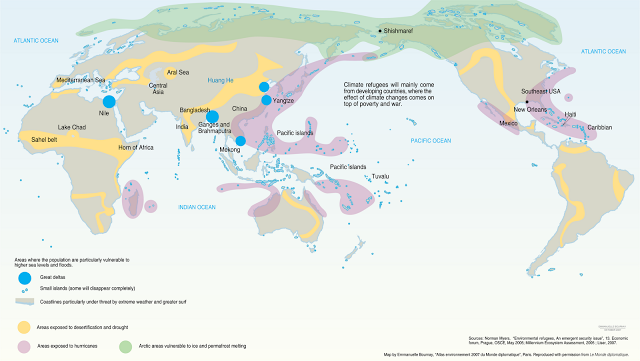 And here's a comparison of the current trendlines and compared to the Climate Change models.  Canada only.  (You can hit the link for more.) 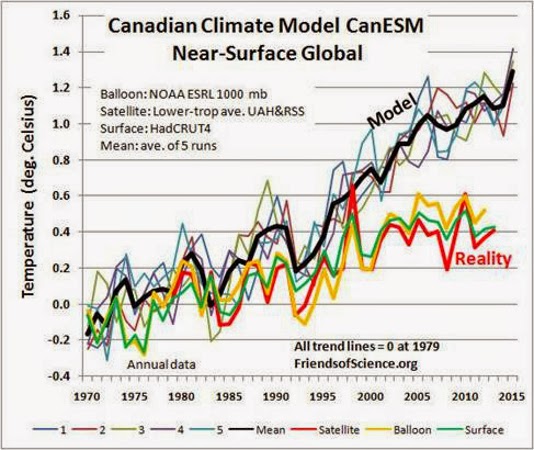 So yes.  Tighter standards are indeed in order.
Nathan, how long are you going to keep swallowing this crap?
Posted by The Whited Sepulchre at 7:08 PM

While should the above mentioned swallow the crap, when he is one of the producers? It is us chickens who swallow.