Happy Thanksgiving !!!! (Hope you were thankful for a free market.)


Here's a story that I first heard in China several years ago, and I'm probably going to re-run this post about it every Thanksgiving until I die.  The best online account I've found is on the World Socialist Website (chuckle chuckle).  It's about some Chinese farmers who got tired of starving.


On one night in Nov. 1978, 18 villagers of Xiaogang, including (leader) Yan Jinchang, risked their lives to sign secretly an agreement, which divided the then People's Commune-owned farmland into pieces for each family to cultivate.

This was a bold move, as it was seen as "capitalist" and might have led to severe punishment from the government at that time.

Thus, on that secret agreement covered with villagers' seals and red fingerprints, there was a wobbly line saying that "If any word about this is divulged and the team leader is put in prison, other team members shall share the responsibility to bring up his child till he (or she) is 18. "


The original copy of this agreement is now in a museum someplace in China.  It had a huge influence.  Instead of farming the land together, and putting up with slackers, loafers, regulatory parasites and the other inevitable Socialist baggage, this brave group of Chinese farmers decided that each family would be responsible for a certain section of the land.


That clause about agreeing to care for each others' children was a simple insurance policy.  To the best of my knowledge, none of the farmers agreed to care for the families of those who didn't share their risks.  In other words, you couldn't waltz into the agreement AFTER losing your head of household.  There's not even a hint of Obamacare in this document.


The facts proved that it's worthwhile to take the adventure. Allocating farmland to each household, also known as "household contract responsibility system", fired the locals' enthusiasm for agriculture production, which had been contained in the outmoded planned economy, and helped poverty-stricken locals out of starvation.


That's just what happened when they agreed to stop the collectivist nonsense.  Think of what could happen if they'd been allowed to own the land, instead of having it allocated to them by their "leaders".


The grains that a local farmer turned over to the state in the following year almost totaled what he did in past two decades, recalled Yan Hongchang, one of the 18 Xiaogang villagers who initiated the contract system.

Their practice was later supported by Deng Xiaoping, chief architect of China's reform and opening-up drive, and recognized by the Chinese government. Xiaogang has since been labeled as the pace-setter of the nation's rural reform.


Here's a similar story, from the Volokh Conspiracy.  This one hits closer to home. 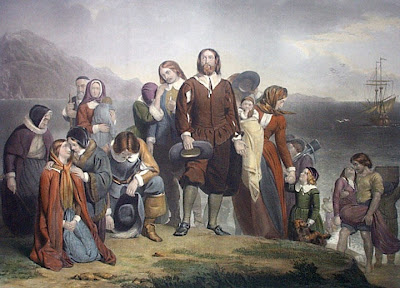 Many people believe that after suffering through a severe winter, the Pilgrims’ food shortages were resolved the following spring when the Native Americans taught them to plant corn and a Thanksgiving celebration resulted. In fact, the pilgrims continued to face chronic food shortages for three years until the harvest of 1623. Bad weather or lack of farming knowledge did not cause the pilgrims’ shortages. Bad economic incentives did.


Time to quote Thomas Sowell for the 10,000th time.  Laws and policies should never be evaluated by their stated goals and objectives, but by the incentives they create.


In 1620 Plymouth Plantation was founded with a system of communal property rights. Food and supplies were held in common and then distributed based on equality and need as determined by Plantation officials.


People received the same rations whether or not they contributed to producing the food, and residents were forbidden from producing their own food. Governor William Bradford, in his 1647 history, Of Plymouth Plantation, wrote that this system was found to breed much confusion and discontent and retard much employment that would have been to their benefit and comfort. The problem was that young men, that were most able and fit for labour, did repine that they should spend their time and strength to work for other men’s wives and children without any recompense. Because of the poor incentives, little food was produced.


In other words, when the hardest-working, most creative Pilgrims realized that they were working themselves to death for people who didn't want to work as hard?  They started Going Galt.


Faced with potential starvation in the spring of 1623, the colony decided to implement a new economic system. Every family was assigned a private parcel of land. They could then keep all they grew for themselves, but now they alone were responsible for feeding themselves. While not a complete private property system, the move away from communal ownership had dramatic results. 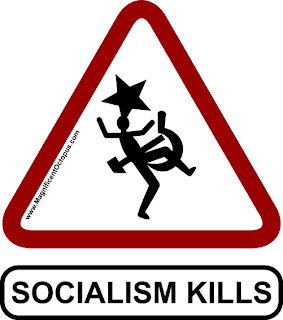 This change, Bradford wrote, had very good success, for it made all hands very industrious, so as much more corn was planted than otherwise would have been. Giving people economic incentives changed their behavior. Once the new system of property rights was in place, the women now went willingly into the field, and took their little ones with them to set corn; which before would allege weakness and inability.

Once the Pilgrims in the Plymouth Plantation abandoned their communal economic system and adopted one with greater individual property rights, they never again faced the starvation and food shortages of the first three years. It was only after allowing greater property rights that they could feast without worrying that famine was just around the corner.


And what have we learned from this?

Posted by The Whited Sepulchre at 4:06 PM

Yes, we learn that the Chinese can manipulate capitalist incentive systems better than 'real' capitalists who believe in it uncritically, hence the trade deficit.

We give the Chinese money, they give us stuff.
The Chinese give us money, we give them stuff.
The amounts of money and stuff going back and forth are equal.

Where is the deficit? We're swapping stuff for Gift Certificates that are worth other stuff.