Places to take the kids in East Fort Worth ! ! ! 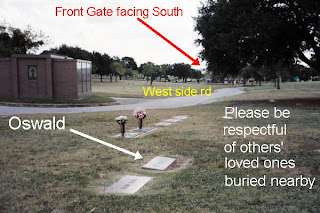 A driver from St. Louis recently told me more than I wanted to know about how much there was to do near his home. He said he lived near the Gateway Arch, could walk to the Mississippi River, ate lunch in exotic casinos, and conveyed the impression that everything in his life was superior to the blight and devastation surrounding the Fort Worth warehouse where I was working that day.

Had I been thinking clearly, I would've sent him to a vital but neglected attraction in my beloved East Side. I've never seen the busloads of retired Yankees or Japanese Industrialists stop by Shannon Rose Hill Memorial Park for a photo-opportunity on their way to Billy Bob's, but they are a tasteless bunch and wouldn't appreciate the significance of this historic site anyway.


Go to Shannon Rose Hill Memorial Park on East Lancaster, just outside Loop 820. Turn in, and follow these directions. They'll take you to the final resting place of one of the few spectators along Kennedy's parade route who definitely wasn't involved in the assassination: Lee Harvey Oswald.


Beside Oswald's final resting place, there's another plain grave marker with the name Nick Beef. Follow the link to learn about who is NOT buried in Nick Beef's grave. (Hint: It's not Nick Beef.) 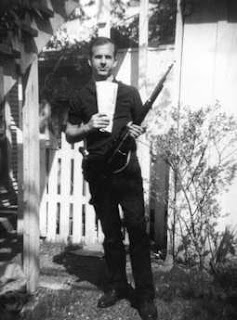 "Lee Harvey was a friend of mine,
He used to take me fishin' all the time.
He used to throw a ball to me when I was just a kid,
They say he shot the president, but I don't think he did.

Well, I've seen that picture of him holdin' pamphlets and a gun,
And there's shadows pointin' every which way, but only just one sun.
Someone faked that photo and then snuck away and hid,
They say he shot the president, but I don't think he did."
-Bennison/Cotton

Lee Harvey Oswald - sacrificial lamb, patsy, martyr, and East Fort Worth resident since 1963.
Posted by The Whited Sepulchre at 9:52 PM

Longhorn Dave said...
This comment has been removed by the author.
June 09, 2009