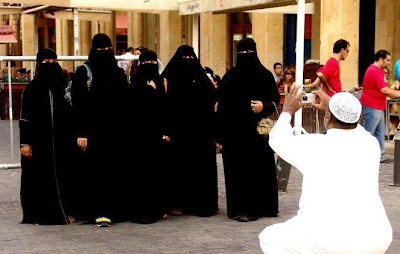 I need a caption for this picture, or the picture that this guy is taking. Take your pick.

Determining last week's winner was a problem, since the committee initially declared that Gar had the best caption. But he'd already won the week before. I had lobbed for Flee winning it, since she logs on from Saginaw, Michigan about 8 times per day just to see what's going on. Fembuttx, of course, is permanently disqualified. However, after consulting with the rules committee, it was decided that Snoopy The Goon was the winner because the bylaws specifically state that no contestant can win for two weeks in a row. If this sounds really confusing, it's because I've been watching the Democrats try to be totally fair to everyone during their convention.

Photo from WorthaLaugh.com
Posted by The Whited Sepulchre at 8:04 PM

Trying to be fair like the Democrats? WS -- there is hope for you yet!

Oh -- a caption. "I'm not sure this is what they had in mind for the swimsuit issue."

My winning caption this weeks is...

Is the LCD screen big enough for any of you to tell if I'm centered?

The brave Al Jazeera photographer snaps his last photo before the Otsuka clan Ninja wade in...

Or "It was so embarrasing when Aisha saw the salmani wore the same BLACK Burkha with the tiny fringe on the eyeholes. 'Well, you never can go wrong with a basic black burkha at a cocktail party!', she thought. 'Plus, hers makes her look FAT!"

Salmani gives her a side eye "Where'd you get that wonderful frock?" "AkBar-nies, of course!"


In response to Fembuttx being permanently disqualified, I'd like to cast my vote to reinstate. We all need that laugh in the midst of the work day.

According to The Competition Committee, it was unfair to put professionals into the same contest with amateurs.
That was the primary motive for removing Fembuttx from consideration.
The Rules Committee took it a step further, and stated that because of her influence, no wagering is permitted when she posts entries.

That's what makes us different from Russia. Or Cape Girardeau MO.

Hey, thanks for that prize! Finally my effort is recognized - a lifetime achievement.

Re this one: of course, "Smile!" is the hands down winner, so I can only second what Francis here sez.