The Theological Implications of Hurricane Gustav

I had an interesting conversation tonight with a friend of mine who is a retired judge. He's a partisan of The Mommy Party (D), and we were sitting with a few guys that lean toward The Daddy Party (R).
The judge asked my opinion on the theological implications of Hurrican Gustav.
He may or may not have read my rant about Focus on The Family's Stuart Shepard asking people to pray for torrential rain on the night of Obama's nomination speech in Denver, but he figured I'd be aware of it.
The judge offered up the following, somewhat tongue in cheek:

1. Since God declined to mess up Obama's nomination speech, but sent Gustav to New Orleans during the Republican convention ON THE ANNIVERSARY OF KATRINA, it was a sign that God has turned his face away from the Republicans, and toward the Democrats. 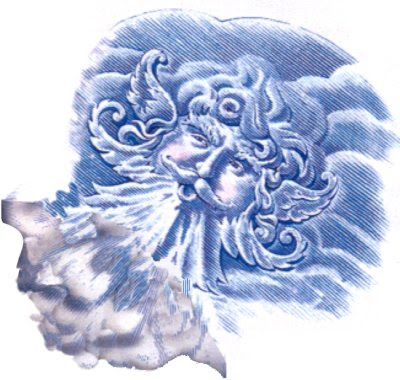 2. I countered with this: Since failing to render aid during two consecutive New Orleans hurricanes would be unbelieveable even for this lame administration, Gustav gives The Daddy Party (R) a perfect excuse to avoid a Bush/Cheney appearance in Minneapolis. Who knows how much planning took place trying to minimize the effect of those two albatrosses at the convention. This gave Bush/Cheney justification to gracefully bail on the event, and deprived the Democrats of some wonderful sound bites.

Therefore God is smiling on the Republicans with the appearance of Hurricane Gustav. A hurricane hitting a major city would do far less damage to the city than Bush would do to the Republicans at this point. 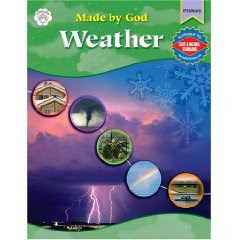 3. God controls the weather, but it's not about politics. He's trying to teach us that we shouldn't build cities below sea level.

4. Here's another possibility. God controls the weather, but it's not all about us. Just because CNN and Fox and MSDNC are obsessed with conventions, that doesn't mean the creator of the universe is. There might be some catfish stranded in a stock tank that need to make their way to the Mississippi River, and Gustav was sent to do the job. Who knows.

4. God set everything in motion at the time of the Big Bang. We've had nothing but cause and effect relationships since then. What happens is what God wants. Do a Google search on "Calvinism". New Orleans is getting the hurricane that God wanted.

5. God set everything in motion at the time of the Big Bang. We've had nothing but cause and effect relationships since then. Whatever happens is inevitable, but not "predestined", since God doesn't care, intervene, or look in on things. Do a Google search on "Existential Theism". New Orleans is getting what was bound to happen, but God didn't cause it.

6. There is no such thing as Divine Intervention. We are on our own. God isn't going to protect us or turn back the storms. Therefore, we shouldn't build cities below sea level since they tend to flood. We shouldn't build cities along the gulf at the mouth of a major river. Those cities tend to flood. They are hurricane magnets, and we'll have to rebuild those cities every couple of decades if we stubbornly continue rebuilding.

But if God really did want to teach us these simple facts, how would he/she do it, short of coming down from heaven and issuing a declaration?

Probably by sending some hurricanes.

Posted by The Whited Sepulchre at 10:39 PM

Email ThisBlogThis!Share to TwitterShare to FacebookShare to Pinterest
Labels: focus on the family, God's will, prayer, predestination, weather change

It would be interesting to work in how man's destruction of the wetlands in the Delta fits in -- those that were formerly the natural "sponge" preventing flooding, I believe mostly destroyed due to greed.

Also, am I my brother's keeper? Could look bad for Repubs that 3 yrs after Katrina, the least among us are still living in trailers that could "become projectiles" (Nagin) during a windy storm.

I swear I was about to send an email to you since I remembered the 'Pray for Rain' movement in your earlier posting!

Or maybe its - Catfish stuck in Stock Tank 1, Focus on the Family 0

Anonymous,
I'm often described as elegant and succinct. You have a good grasp of the obvious.

Comment Deleted,
I'm glad you deleted your comment. I was going to devote 30 minutes of my life to telling you to get a sense of humor.

TLG,
People who think TLG should start a blog: 78
People who disagree: O

Anonymous,
I'm often described as elegant and succinct. You have a good grasp of the obvious.

Comment Deleted,
I'm glad you deleted your comment. I was going to devote 30 minutes of my life to telling you to get a sense of humor.

TLG,
People who think TLG should start a blog: 78
People who disagree: O

Anonymous said...
This comment has been removed by a blog administrator.
September 04, 2008

Let's keep the discussion in the Shreveport paper, ok? It doesn't have enough bizarre context here.

Good by me. I'll await your response there. :)