Imitation Is The Sincerest Form Of Flattery

During the last couple of months, people have been asking me what happened to my Serial Commenter and arch-nemesis, Fembuttx.
Her sudden disappearance was widely discussed during the last two Libertarian meetups that I attended. I got emails asking if she had died, or if I'd shot her. A group in a black van from "CSI Eastside" showed up in my back yard and prodded every square foot of it with a methane probe. They confiscated my shovel. Two of my guns were taken away for ballistics analysis.
For readers who are new to this site, here's the story. Whenever I wrote about politics, regulations, free speech, 2nd amendment issues, or global warming/cooling/dimming, Fembuttx would turn the comment field into a discussion of her bedroom acrobatics. (I say "her", although no one really knows the true identity of the Fembutt.) 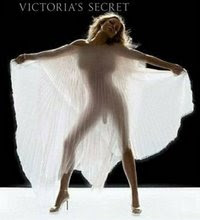 It lasted for about 6 months. And then she disappeared.
"Fembuttx is dead. Long live Fembuttx !" we all said. (Well, not all of us. But you get the picture.)
Thanks to my friend Ray, I've now learned that Fembuttx lives. Not just in our memories, but online.
The name of her site? The Whited Sepulchres. (Note the plural)
Check out the "About Me' part of her Blogspot Profile. (Before you go there, make sure you aren't drinking anything. Otherwise you'll snort liquid all over your screen.)
I would NEVER encourage this, but wouldn't it be funny if lots of libertarians went over there and left irrelevant comments about The Federal Reserve, Systemic Inflation, Regulatory Over-reach, The 2nd Amendment, and Ron Paul?
Warning: this site is for immature audiences only !
Posted by The Whited Sepulchre at 7:21 AM

Email ThisBlogThis!Share to TwitterShare to FacebookShare to Pinterest
Labels: bizarre, fembuttx, Fort Worth Bloggers, funny, the thing that is supposed to be the sincerest form of flattery

Well, it's not like I was working at it !

Sorry...that last comment by me was too tasteless, even in this celebration of tastelessness.

That being said, the subtle mockery of Fembuttx's multiple posts with "Please discuss," was not lost on me.

Dr Ralph, please post it on my blog...I would love to see it and I would never delete it.....

Self-censorship is the worst kind of all.

So Fembuttx has been tracked down, maced and sent to Gitmo. I was shocked by the number of comments her puerile drivel got.

As a purveyor of puerile drivel myself I'm frankly envious.

Dr Ralph,
That is a picture of Trotsky you use? Why?

Go easy on the Fembutt. She'll have to spend the rest of the day trying to look up "puerile".

Dr. Ralph uses the Trotsky picture because they both collect icepicks.

NickM and WS - I must correct you: this is a picture of Trotsky.

I have been told I bear a slight resemblance to the man but frankly I fail to see it.

And yes...I have a fine collection of ice picks. They go well with my martini shakers (a bourgeois pleasure I allow myself on occasion - shaken, not stirred).

OK. I have to admit (being a Brit reared on warm beer and all that) to not knowing exactly what an "ice-pick" was. I always thought of them (my father was a climber) in terms of a climbing ice-pick which is a very different beast from a cocktailing accoutrement. I always thought that it was a somewhat roccoco means of offing somebody in the land of Marguerittas...

Nick M -- I have always heard the implement used to assassinate my supposed doppelganger referred to as the "pick of an ice axe."

The icepick, on the other hand, has often been the weapon of choice for hitmen in the employ of American gangsters.

The Whited Sepulchre, by his choice of words, reveals his true political stripes.

Gentlemen,
I have always read the term "ice pick" in relation to the untimely end of the good Dr. Trotsky. I new that he died in Mexico, and the places I've been down there have very little use for ice axes.
I also remembered reading a few months ago that some guy was trying to sell the ice pick that killed Trotsky.
A bit o' googling revealed that the item in question, in the American sense of the word, was an ice axe.
Seems like overkill to me.

Also, does it strike anyone else as strange that we've started off discussing the return of Fembuttx, and wandered off into the linguistic subtleties of what killed Leon Trotsky?

It's almost like the evil spirit of Fembuttx is willing us to go astray.

Begone, woman ! Away, vile temptress ! Leave this place ! The Power Of Christ Compells You ! ! !

adjective
1. of or characteristic of a child; "puerile breathing"
2. displaying or suggesting a lack of maturity; "adolescent insecurity"; "jejune responses to our problems"; "their behavior was juvenile"; "puerile jokes" [syn: adolescent]

The name of my boyfriends dick. That thing is so hard, it could chip ice.

You will never believe what I found in relation to Trotsky and ice pick...You will have to go to my blog to see it.....

I went to find the source for that pic (ture) on Google images.

The guy who runs that site is one of the last of the True Believers, isn't he?