Stephen Fincher, a Republican candidate for congress in Tennessee's 8th district, favors small-government, lower taxes, and he has an appropriate disdain for Obamacare.
Good for him.
He's also a gospel singer.
He's a succesful cotton farmer.

And in one eleven-year period, from 1995 - to 2006, Fincher and his wife received 2.5 million dollars in crop subsidies from government you. 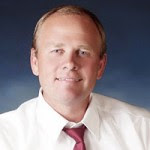 Now, just for the sheer joy of it, imagine if the Democrats dared to nominate a traditional welfare queen for Congress.  Someone who sits around the house all day, collecting welfare and producing little babies who will reliably vote for Democrats.  Do you think there might be an uproar?

So what is there about this form of welfare that bathes Stephen Fincher in such down-home, cottony goodness?
When our government subsidizes a particular crop, it confuses the price signals.  In a truly free market, if too much cotton was produced, the price would drop.  Fewer people would grow cotton.  The price would then reflect what people were willing to pay for it, and what farmers would willingly be paid to grow it.
If not enough cotton was on the market, the price would rise.  More and more people would grow cotton until the price dropped again.
Are Obama and Pelosi and Reid paying too many people to grow cotton?  We'll never know.
But are you having to pay too much for cotton T-shirts, shirts, socks and sheets because of farm subsidies and prohibitive tariffs on cotton imports?  Hell yes.

And what do other countries do, when they learn that we're giving Stephen Fincher $2.6 million dollars to grow cotton?  They retaliate against American imports into Brazil.  Then Obama and Pelosi and Reid have to do even more silly things to make it ok with Brazil.

So here's the deal: to avoid retailiation by Brazil on U.S. exports of all kinds of things that have nothing to do with cotton, U.S. taxpayers -- that's you -- will send the Brazilian cotton industry $147 million a year in aid.

It apparently has not occurred to the Obama administration (remember all the indignant campaign talk about Washington lobbyists?) or Congress to simply end the subsidies.

What would happen next in an ideal world?  Well, if the Brazilians were smart, they would totally open up their market to U.S. cotton, along with every other product that we subsidize.  Because if U.S. voters really are dumb enough to produce cotton at a high price and then sell it at a low cost to Brazilians.....well, we deserve to be ripped off even more, don't we?

“People are quick to say with their mouth full, ‘Well, the American farmer is on the dole,’ ” Fincher said. “But a loaf of bread is two bucks when it could be 10 bucks. I know what it is with the government in my business. We would be all for not having government in our business, but we need a fair system.”

No, no, no.  We are still paying then 10 bucks, but we're paying it to Washington, which takes a cut off the top before passing the 10 bucks to their constituents.   (Instead of merely paying a lower price to Kroger's or Albertson's or Publix or A&P.)
I've read various economists stating that if we were to end all subsidies, quotas and tariffs, it would save the typical household somewhere between $4,000 to $10,000.

(David) Nance, of the Gibson County Patriots, said, "I don't see the agricultural subsidy thing as an issue at all," adding: "If it were an issue, then we would never elect a farmer to Congress at all. Because basically, most farmers get agriculture subsidies. If they didn't, they'd be broke, and we'd be buying our food from China."

David, David, David.    They wouldn't all be broke.  Some might have to start doing something else.  There would be fewer agri-millionaires.
Here's a cool map of all the farmers in Manhattan who collect $250,000 per year in farm subsidies.  Go here for an explanation.  Big dots represent the $250,000 per year Long Island farmers.  The little dots represent those farmers that you are paying less.  Their commutes from Manhattan to their John Deere tractors upstate must be long indeed. 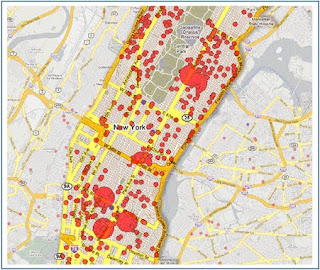 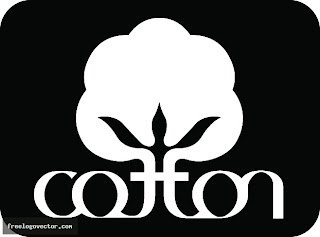 The National Cotton Council:  Protecting America's food supply.
Posted by The Whited Sepulchre at 7:36 AM

I'd like to know more about this race. What else ya got? Is this guy just posing as a conservative or what?

No, he's not posing as anything. The interesting thing is that this blogger will never investigate how much in medicare and medicaid subsidies that Dr Kirkland and Dr Flynn have received. Mr Fincher doesn't live in Mannhatten. He WORKS on the farm. A conservative that is real.

Sir,
I work in trucking and I work on loading docks.
Do I ask anyone for 2.5 million dollars?
I don't give a damn if Stephen Fincher hoes his own cotton with a crowbar. He's a WELFARE QUEEN. He's as real a conservative as Nancy Pelosi.
I bet he can't even swallow without Uncle Sam's sugar tit in his mouth.

Yes, the farm subsidies are giving them the lap of luxury. Travel the road to his families mansions, in the poor back roads of Tennessee.There you will see your tax dollars in villa style. The farmers of Tennessee thank us all for all their fringe and lace. it is a sight to see our green backs at work.

When Fincher was interviewed by a television reporter about collecting huge sums of money in agricultural subsidies, he kept saying that "The system needs to be reformed." But he never answered the questions. The farmer from Frog Jump wants to cut, cut, cut the budget, but I'll bet that ag subsidies won't be - or at least he won't vote for it. He's a mouthpiece for the hard right Republicans. He wants to cut taxes, which will only serve to increase the deficit. Why is it when the Republicans are in power, deficits are no big deal, until the Democrats get in power, then it's just awful. How about spending $10 billion dollars in Iraq under President Bush - which we don't have, but that's okay. We're going to have to cut spending and raise taxes to get out of the mess that we are in - and BOTH parties are to blame.