Marvel Variants has a blog

I've missed two days of posting in the last two weeks, and that's enough to have people wondering if I'm burning out.
Not the case.
If I'm burning out on anything, it's my shipping/logistics/warehousing gig at Jukt Micronics.
We're going 7 days a week until, well, until we don't have to any more.

The villain behind this Capitalistic Frenzy is my boss's boss, known to long-time readers as Marvel Variants.

Mr. Variants started cashing in on his childhood comic collecting skills years ago, and just recently got his own website, Bronze Age Marvel Variants.

To understand what a "variant" comic book is, go here.

You can also hit the "Marvel Variants" label at the bottom of this post to read his other appearances on these pages.

To learn about the Big Daddy of all variants (attention: Star Wars geeks): go here.

This post explains how the comic book mania can afflict a person.

This comic book cover was not done by Marvel, and is not a price variant, but I think it is funny. 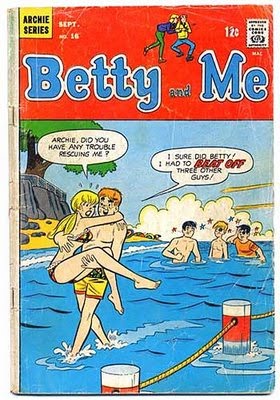 So do me a favor.  Hit all the links above and give Mr. Variants some traffic, help his website get a Google ranking, let him make lots of money selling comic books, and maybe he'll retire and I can get some days off.

Please.  Hit the links.  It's for the Libertarian Bloggers ™.
Posted by The Whited Sepulchre at 9:27 AM

Cool...maybe he can help me find Uncanny X-Men 138 through 141 (though I don't know if there were any variants for those issues).

So Kevin Keller is not the first gay Archie character.