Can someone please fly down to Cancun and tell the U.N. Climate Change conference that it's over ??

From Christopher Booker of The Telegraph (UK):

If, last week, frozen behind a snowdrift, you heard a faint hysterical squeaking, it might well have been the sound of those 20,000 delegates holed up behind a wall of armed security guards in the sun-drenched Mexican holiday resort of Cancun, telling each other that the world is more threatened by runaway global warming than ever. Between their tequilas and lavish meals paid for by the world’s taxpayers, they heard how, by 2060, global temperatures will have risen by 4 degrees Celsius; how the Maldives and Tuvalu are sinking below the waves faster than ever; how the survival of salmon is threatened by CO2-induced acidification of the oceans; how the UN must ban incandescent light bulbs throughout the world.


“Scientists”, we were told, are calling for everyone to be issued with a “carbon ration card”, to halt all Western economic growth for 20 years.

Meanwhile, Dr Rajendra Pachauri was telling us that we must spend hundreds of billions on covering the world’s oceans with iron filings, on building giant mirrors out in space and on painting all the world’s roofs white to keep out the heat from the sun.

The entire article is worth reading.  Enjoy at your leisure.  Someone really should fly down to Cancun and let them know that it's over.
Next, we have Mike Kelly, writing for the Sunday Sun about what the weather will bring next:

Throughout the 20th century the sun was unusually active, peaking in the 1950s and the late 1980s. Recently sunspot activity has all but disappeared.


Gavin said: “It is the sun’s energy which keeps the earth warm and the amount of energy the earth receives isn’t always the same. I’ve looked at the evidence for global warming and while I understand and agree with a lot of it, there has been a lot missed out. A major factor is the activity of the sun.”

There is also solar wind – streams of particles from the sun – which are at their weakest since records began. In addition, the Sun’s magnetic axis is tilted at an unusual degree. This is not just a scientific curiosity. It could affect everyone on earth and force what for many is unthinkable – a reappraisal of the science behind global warming.

It was thought that carbon dioxide emissions rather than the sun was the bigger effect on climate change. Now a major re-think is taking place.

The upshot is that Gavin is not alone in predicting we face another 30 frozen years, each getting progressively colder than the last.

Hit the link up top to read the whole thing.  The important part?  It's not whether it will get warmer or cooler, but how various government-funded leeches and parasites can make money from it.
Next, Mr. Joseph Weber of The Washington Times has a report on the reluctance of new lawmakers to spend any more money on windmills.

The Obama administration lavished billions of stimulus dollars on wind-power producers and other renewable-energy interests, but the whirl of the turbines may slow dramatically as budget-cutting Republicans take their seats in the next Congress.

The climate — at least on Capitol Hill — has changed dramatically for the wind-power industry, which is dealing with President Obama's stalled green-energy agenda as well as the loss of old friends in Washington and the nation's statehouses and the rise to power of "tea party"-backed Republicans who are skeptical of government supports for the industry. 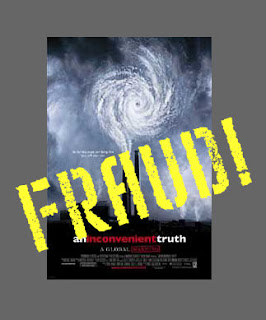 "The incoming Republican majority in the House of Representatives will almost certainly present obstacles toward the wind industry's agenda on Capitol Hill," the trade publication North American Windpower recently reported, including an end to direct cash grants from Mr. Obama's stimulus package and more delays in formulating the long-awaited federal standard for the use of renewable-energy sources by the nation's utilities.
The Republican ascendancy likely will curtail the Obama administration's financial support for wind farms and other renewable-energy interests, which have received more than $7 billion in stimulus money since 2009.
The midterm elections dealt a "shellacking" to Mr. Obama's agenda and changed the political and lobbying calculus for industries and corporate interests across the landscape.

Note the words that I chose to highlight in dark black.  That's what this whole sordid Chicken Little incident has been about.
Hope you can stay warm, everybody !!
Posted by The Whited Sepulchre at 7:36 AM

From Christopher Booker of The Telegraph (UK):

How much do you know about Christopher Booker?
Do you really think it's a good idea to get your science information from him?
Do some research on him.
Just for the hell of it.
Cut loose a little.

Next, we have Mike Kelly, writing for the Sunday Sun...

Another newspaper?
Hmm.
(Funny how that keeps happening around here.)

Gavin said: “It is the sun’s energy which keeps...

Wait a minute.
Who is this "Gavin" and why does he command our rapt attention.?

So says author Gavin Cooke in his book Frozen Britain.

(...hushed awe from the unwashed masses as they realise the enormity of it all...)


So who is he and why are we listening to him?

Gavin’s interest in climate change went back to college when he studied energy and environment at what was then Newcastle Polytechnic.

What does "going back to college" and "studying energy and evironment" supposed to mean?
Is that a joke?

He is quick to admit that he hasn’t got the scientific background of those who have spent a lifetime studying climate change.

What he has brought to the table is his enthusiasm for the subject....

What does he think is going to happen again?

FIRST the good news. These bitter winters aren’t going to last forever. The bad news is that they will go on for the next 30 years as we have entered a mini ice age.

How could NASA get it so badly wrong? Shame on them.

Hope you can stay warm, everybody !!

Yes. Of course.
Don't forget to buy the book too.
Availabe in paperback for just under 6 pounds. Hurry while stocks last.

All science, all the time.

"Scientific creationists" are not impressed that they are in the minority. After all, they note, the entire scientific community has been wrong before. That is true. For example, at one time the geologists were all wrong about the origin of continents. They thought the earth was a solid object. Now they believe that the earth consists of plates. The theory of plate tectonics has replaced the old theory, which is now known to be false. However, when the entire scientific community has been proved to be wrong in the past it has been proved to be wrong by other scientists, not pseudoscientists.

Yep, you really thought that one through.
(...)
Not.
You can't trust science.

The comments from the the very article you cite are a real treat.
Feel the dumb...

Einstein, relativity, the Big Bang... also all fraud, hyperbole, fodder for arrogant fools, a false religion. There is no good science these days. But do consider...
"I am the way, the truth and the life. No one cometh to the Father but by me."
"Seek ye the Lord, while He may be found."
"Fear not he who can kill the body, but fear Him who can destroy both body and soul in Hell.

Nice.
A beautiful example of how science deniers think.
But there's more from others...

Not to mention how bad the science of the Big Bang Theory and Abiogenesis was as well........Science is performed by humans and it's a well known fact that humans mess up......OFTEN.

Yeah, you tell 'em.
Anybody else?

Of course it is.
Science denialism tactics and thinking works smoothly for any science issue you personally reject. Just switch the labels around.
How about one more? Soemthing pithy?

Is anybody else out there going to ride this little pony to bolster their own "science" with bad thinking? Why, yes.
They have already done so.

The truth about Gavin Cooke is that he has never been to university, is not a climatologist and has simply lifted his material from other people. His book is littered with errors. Someone needs to check out his claims. When did he go to university? Did Newcastle Polytechnic where he claims to have studied even do a course in Energy and Environment? Even if they did I am sure they will have no record of Mr Cooke. Someone really needs to check him out.