We now have a new concept in the blogosphere:
The Gore Effect.
The Gore Effect is named after Saint Albert, The Goracle of Music City, Tennessee.  Whenever Al Gore, Global Warmists, or other large groups of rent-seekers gather to speak about the need to give them lots of money to save the world, God gets angry, and proves that She Is Not Mocked.

It immediately gets colder than a well-diggers rear. Colder than the aluminum toilet seats at Ice Station Zebra.  Cold enough to freeze....
Well, you get the idea. 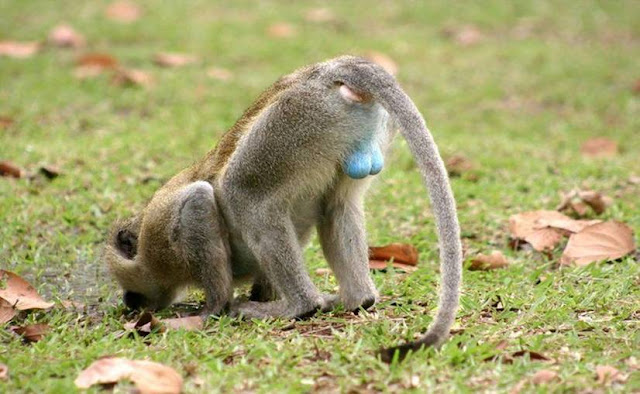 Hence the term.  The Gore Effect.  Whenever they meet in an exotic locale to discuss warming, it gets cold.  When Cap'n'Trade bills come before Congress, the city is shut down by snow.  I will be tracking examples until this entire, ridiculous, Chicken Little episode is laid to rest.

Here's the latest example, from the U.N.'s Climate Change Conference in Cancun, Mexico.

The irony: As negotiators from nearly 200 countries met in Cancun to strategize ways to keep the planet from getting hotter, the temperature in the seaside Mexican city plunged to a 100-year record low of 54° F.   Climate-change skeptics are gleefully calling Cancun's weather the latest example of the "Gore Effect" — a plunge in temperature they say occurs wherever former Vice President Al Gore, now a Nobel Prize-winning environmental activist, makes a speech about the climate. 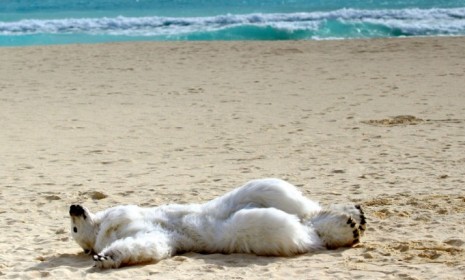 (That's a picture of a climate conference attendee dressed as a Polar Bear on the beach in Cancun.  He's probably the only one in the city who was warm.  Sorry for the digression.)

Although Gore is not scheduled to speak in Cancun, "it could be that the Gore Effect has announced his secret arrival," jokes former NASA scientist Roy W. Spencer.

The reaction: ClimateGate was "bad enough," says Duncan Davidson in Wall Street Pit, but Cancun's weather is particularly "inconvenient" for global-warming alarmists. It's a reminder that global temperatures have "flatlined" despite rising carbon dioxide levels, "which is decidedly chilling against the concept of hampering economic growth to limit Co2 emissions." Grow up, says Tony Juniper in The Independent. "Sure, it's cold outside," but "the trend data show that the world is warming, that the climate is changing, and that the release of greenhouse gases is the cause." The longer we use every cold snap as an excuse to put off reducing emissions, "the bigger the risk we run. Tick tock, tick tock."

Yeah.  The bigger risk you run is.... not getting any money.  Grow up.  Read your thermometer.  Everyone else can.  Get a real job, and the longer you delay the sillier you're going to look.  Tick tock, tick tock.

The picture of the idjit in a Polar Bear suit came from here.
The blue-balled monkey picture was sent to me by a Star-Telegram photographer after the cold spell in Florida this past winter.
Posted by The Whited Sepulchre at 1:52 PM

Suppose that the Warming scientists proved beyond ANY doubt that manmade CO2 emissions were raising global temperatures.

Suppose also they discovered that we are entering a naturally occurring little ice age which will last hundreds of years.

Does anyone really think that Gore et Al would propose we INCREASE CO2 emissions in order to ameliorate the devastating environmental and economic consequences of a Little Ice Age?

They'd tell us to buy polar clothes. That's because AGW was always just an attack on capitalism. They've never really considered the possibility of doing NOTHING about AGW and just adapting to the consequences. Life thrived here when Earth was much hotter and wetter. The world was a tropical rain forest paradise full of life!

But St. Al doesn't believe in AGW, demonstrated by his own CO2 emissions. Neither does Obama, Clinton, or Pelosi. They live like they are getting paid by the CO2 molecule. They are champagne and caviar, private jet and limousine leftists.

Suppose that the Warming scientists proved...

Two fails here.
There are no "warming scientists" any more than there is a "warming NASA" or a "warming Royal Society".

It's just scientists and NASA and the Royal Society and every other scientific community on the planet.
The "warming" adjective is both a pejorative and unnecessary...but you already knew that.

Second, scientists don't go around "proving" things.
This is a mistake that creationists make all the time.

That's because AGW was always just an attack on capitalism.

Ah yes, it's a communist conspiracy and you have managed to see through their lies.
When did NASA turn communist?
Was it before or after they faked the moon-landings?
Reveal all.
Don't let them keep you silent.

Life thrived here when Earth was much hotter and wetter. The world was a tropical rain forest paradise full of life!

Not our life.
Not our neighbourhood.
The plants and animals that we rely upon wouldn't make it.
Our civilization is built on the way things are now.
Change the rainfall patterns and change the habitat and change the migration patterns and cause the ocean to become acidic and you have a recipe for disaster.

It's not just the temperature increase that's important, it's the speed that it is changing.
Evolution, remember?
Reshuffle the deck and all you get is a mass extinction event.
Don't rock the boat.
That's the sweet spot where our civilization lives.

Appeal to hypocrisy.
Doesn't work.
(Well, that's not quite true.
It will work on some people.)