Person Of The Year - Thomas Perez

The standards for Person Of The Year were put in place a couple of weeks ago.  The ballots have been counted.  The auditors have verified the decision.
Because of the ghastly nature of The Year Of Our Lord 2010, necessary attributes of POTY2010 will include:

1) POTY2010 must be a government employee, or someone receiving taxpayer money.  This opens up the field to almost all of us.

2) Since "Doing Harm While Claiming To Help" was the story of 2010, the POTY2010 winner must be someone who did significant economic or physical harm to a significant number of people.

3) All POTY2010 nominees, in striving for the prize, can gain style points with politically correct justifications for the harm that they have done.

4) Since 2010 was dominated by rent-seeking, subsidy-hogging, quota-queening and stimulus-stalking, the POTY2010 must necessarily be a Prince or Princess Of Protectionism.  No obvious quid pro quo is necessary, but a little evidence of mutual backscratching helps the contestant.

5) Nominees lose style points by going too far.  The Omnibus Spending Bill of a few weeks ago, for instance, was so outrageous that even a few Democrats were disturbed by it.  The POTY2010, on the other hand, must be a master of subtlety, mis-direction, and spin-doctoring, and show that he understands the exact degree to which we are a nation of compliant sheep.

6) POTY2010 is all about accomplishing a lot of harm with limited authority and resources, but remaining within the boundaries of polite society.  Therefore, presidents, dictators, generals, plutocrats and serial-killers aren't eligible.  When the POTY2010 dies, goes to Hell, and approaches The Throne Of The Beast, Satan should embrace the winner, take his hand, and say "Well done, thou good and faithful servant, you have been faithful with a few things; I will give you many things."

7) You don't have to be an economic idiot to win POTY, but it helps.

Person Of The Year for 2010 is Thomas Perez, Assistant Attorney General for the Justice Department's Civil Rights Division ! 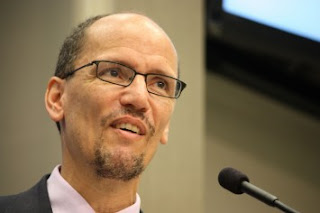 Byron York has the story. Tom Perez, the head of the Justice Department's Civil Rights Division....now has completely severed all links between his lefty-ideological, artificially constructed world and the normal realms of common sense and logic. Several colleges wanted to institute a voluntary program to use the Kindle book-reading device for its class texts. Repeat: VOLUNTARY. But Kindle didn't have voice-activation gizmos (or somesuch) for the blind. Reports York: "The Civil Rights Division informed the schools they were under investigation. In subsequent talks, the Justice Department demanded the universities stop distributing the Kindle; if blind students couldn't use the device, then nobody could."

Yeah.  Outlawing college textbooks on the Kindle because the Kindle discriminates against the blind?  That's brilliant.  Statists across the land probably removed their hats to Mr. Perez as a gesture of respect.


This is lunacy. Sheer lunacy. How does it hurt a blind student one iota if his normally sighted classmates use Kindle? Does that keep a blind student from getting the texts braille or another blind-friendly format? No. Does that do a single smidgen of a fraction of a hemi-demi-semi-quaver to violate the civil rights of the blind person? Of course not. No, no, and no, no, no, no. The educational opportunities and/or experiences of blind students would be affected in no way at all if other students use Kindle

So, let's look and see if Mr. Perez met the standards required of POTY2010.

1) Yes, Perez is a government employee.  According to Wikipedia, he has spent his adult life working in government or teaching in government schools.  By currently popular standards, these are excellent credentials for making me pay far, far, far more than I should for my daughter's damn college textbooks.

2) Has he done significant harm while claiming to help?   Something like 30% of us now attend college.  Almost all of us now attend elementary school, middle school, or high school.  Thomas Perez, Assistant Attorney General for the Justice Department's Civil Rights Division, has ensured that we will continue to purchase expensive hard copies of required textbooks because THE ELECTRONIC VERSIONS DISCRIMINATE AGAINST THE BLIND !!!!  Brilliant.  Absolutely freakin' brilliant  !!! 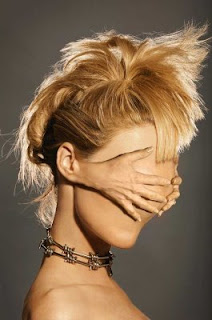 3) Ok, how is this for a politically correct justification for outlawing electronic books that discriminate against the blind.....

"Advancing technology is systematically changing the way universities approach education, but we must be sure that emerging technologies offer individuals with disabilities the same opportunities as other students," Assistant Attorney General Thomas E. Perez said in a statement. "These agreements underscore the importance of full and equal educational opportunities for everyone."

4) The Kindle is quite possibly the dominant nightmare for the academic publishing industry.  There is no evidence of a quid pro quo between the Justice Department and publishing companies.  None.  None at all.  But when Thomas Perez and I arrive in Hell, all things will be known.  And if Thomas Perez and the DOJ weren't under pressure from publishing companies to arrive at this decision, I will kiss his ass on the steps to Satan's throne, and give him 30 minutes beforehand to draw a crowd.
Rational humans don't come up with stuff this stupid unless there's a lot of money at stake.

5) Mr. Perez didn't go too far.  Most people haven't heard of him.  A few parents and students are upset.  The people at Kindle are probably upset.  Overall, though, there hasn't been a populist uprising.  Are we scared the Perez will outlaw iPods on campus because they discriminate against the deaf ?

6) Compared to an Obama, Bush, Kim Jong-iL, or Bernie Madoff, Thomas Perez is small potatoes.  But he's done a lot of harm with the authority he has, and that's what counts.

7)  And the final qualification, economic lunacy....   The market generally solves problems because of demand, not be decree.  But naw, Thomas Perez says "screw that".  Here's Byron York again:


Some officials at the schools were puzzled. Given the speed of technological development and the reality of competition among technology companies -- Apple products were already fully text-to-speech capable -- wasn't this a problem the market would solve?

That's not Perez's way. To him, keeping the Kindle out of sighted students' hands underscored "the importance of full and equal educational opportunities for everyone."

In early 2010, after most of the courses were over, the Justice Department reached agreement with the schools, and the federation settled with Arizona State. The schools denied violating the ADA but agreed that until the Kindle was fully accessible, nobody would use it.

One obvious solution to the problem, of course, was to fix the Kindle. Early on, Amazon told federation officials it would apply text-to-speech technology to the Kindle's menu and function keys. And sure enough, last week the company announced a new generation of Kindles that are fully accessible to the blind. While the Justice Department was making demands, and Perez was making speeches, the market was working.

But as Amazon was unveiling the new Kindle last week, Perez was sending a letter to educators warning them they must use technology "in a manner that is permissible under federal law."

Now, Perez is at work on a far bigger project, one that could eventually declare the Internet a "public accommodation" under the ADA. That could result in a raft of new Justice Department regulations for disabled access to all sorts of Web sites.

Of course, most Web access problems are already being solved by the market, but that won't stop the Justice Department's zealous civil rights enforcer.

That wraps it up.  Thomas Perez meets every qualification in a way that lesser Nannies can only envy.  He is our winner !

The guy is a technology idiot.

I just received a Kindle 2 for my birthday. It has a headphone jack in the bottom. The Kindle does, in fact, have text-to-speech capability.

In 2009, Amazon was involved in a legal brouhaha over whether its T2S violated copyright laws. It deferred to publishers to determine on their own whether T2S was permissible or not.

Now, whether the greedy textbook publishers agree to permit T2S, is another issue.

Power is the ultimate aphrodisiac.

Some people use power for their own sexual gratification.