From The Telegraph (UK):

Fears have been reignited about the safety of energy saving light bulbs after a group of scientists warned that they contain cancer causing chemicals.
Their report advises that the bulbs should not be left on for extended periods, particularly near someone’s head, as they emit poisonous materials when switched on.

Peter Braun, who carried out the tests at the Berlin's Alab Laboratory, said: “For such carcinogenic substances it is important they are kept as far away as possible from the human environment.”
The bulbs are already widely used in the UK following EU direction to phase out traditional incandescent lighting by the end of this year. 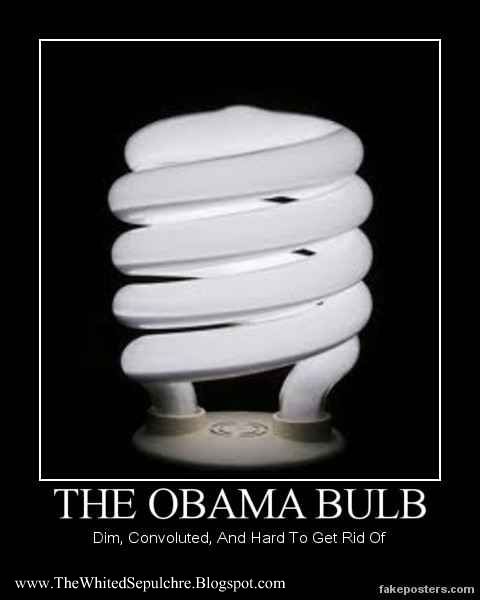 But the German scientists claimed that several carcinogenic chemicals and toxins were released when the environmentally-friendly compact fluorescent lamps (CFLs) were switched on, including phenol, naphthalene and styrene.
Andreas Kirchner, of the Federation of German Engineers, said: “Electrical smog develops around these lamps.

“I, therefore, use them only very economically. They should not be used in unventilated areas and definitely not in the proximity of the head.” 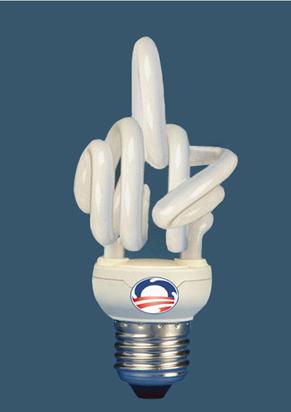 British experts insisted that more research was needed and urged consumers not to panic.

Dr Michelle Bloor, senior lecturer in Environmental Science at Portsmouth University, told the Daily Express: “Further independent studies would need to be undertaken to back up the presented German research.”

The Department for the Environment insists the bulbs are safe, despite the fact that they contain small amounts of mercury which would leak out if the glass was broken.
Advice on its website states: “Energy efficient light bulbs are not a danger to the public.
“Although they contain mercury, limited at 5mg per lamp, it cannot escape from a lamp that is intact.
“In any case, the very small amount contained in an energy efficient bulb is unlikely to cause harm even if the lamp should be broken.”
The latest report follows claims by Abraham Haim, a professor of biology at Haifa University in Israel, that the bulbs could result in higher breast cancer rates if used late at night.
He said that the bluer light that CFLs emitted closely mimicked daylight, disrupting the body's production of the hormone melatonin more than older-style filament bulbs, which cast a yellower light.
The Migraine Action Association has warned that they could trigger migraines and skin care specialists have claimed that their intense light could exacerbate a range of existing skin problems. 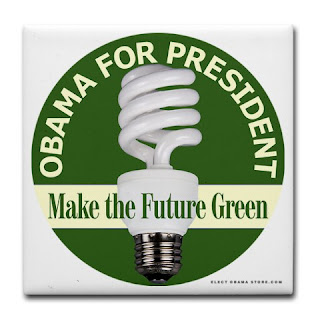 The EPA has banned numerous beneficial substances and processes for much, much less than this.  But the Obamabulbs are "green".  All is forgiven....
Pics came from here and here.
Posted by The Whited Sepulchre at 7:42 AM

Email ThisBlogThis!Share to TwitterShare to FacebookShare to Pinterest
Labels: machinery painted green, public service announcements, The Government In A Cavalry Uniform, triumphs of symbolism over substance, warnings, We're from the government and we're here to help