One day a couple of years ago I was doing my Mad Prophet Of The Internet routine, smearing myself with peanut butter and locusts, raving in the streets and banging pots and pans together.  I got no attention whatsoever.

I was predicting some mega-inflation.

You see, printing money is the only way that the Reagan / Bush / Clinton / Obama big spenders will ever get their debts paid.  But if you print all this money, prices go up.

I said that rising prices would soon be blamed on corporate greed, and asked folks to send me copies of Lamestream Media editorials blaming the rising prices on greedy corporations, greedy people, and greed in general.  Hit the link.  But if you don't have time to read the link, here's the kicker to that old post:

Good luck when prices start doubling. A special prize will be awarded to the reader who sends me the first earnest MSM editorial blaming greedy corporations for the price increases.

I still haven't seen one of those indignant editorials, but if you spot the first one and post a link, I promise to mail you a free dachshund.  The first and second runners' up will also get a free dachshund.

In the meantime, our Inflator In Chief is taking this waaaaay beyond anything I could've dreamed possible.  It's freakin' unbelievable.  (Most of these links I'm using came from The Streetwise Professor. )

Believe it or not, this beautiful example of finger-pointing crap is actually on the Department Of Justice website.  Barack Obama, without getting drunk or stoned first, has actually started a task force to look into possible fraud, collusion, and speculation as the cause for rising gasoline prices.  I swear to God, he's doing it.  He's trying to get waaaaay out in front of the story:

“Rapidly rising gasoline prices are pinching the pockets of consumers across the country,” said Attorney General Holder. “We will be vigilant in monitoring the oil and gas markets for any wrongdoing so that consumers can be confident they are not paying higher prices as a result of illegal activity. If illegal conduct is responsible for increasing gas prices, state and federal authorities should take swift action.”

And so the Witch Hunt begins. 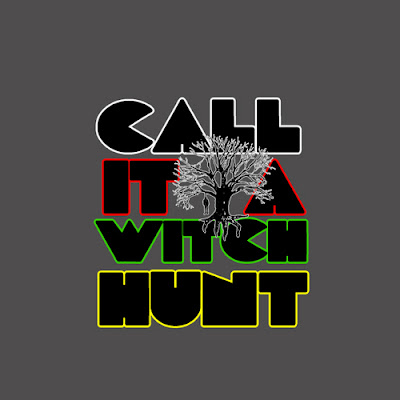 Here's more on this charade, from Fuel Fix:


Craig Pirrong, a finance professor at the University of Houston who specializes in commodity prices, says the task force is hardly needed, since the agencies already have the tools to monitor for fraud and take action.


“This is a transparently political fishing expedition that insinuates that fraud or manipulation is distorting oil prices without providing even the flimsiest factual basis for such a suspicion,” Pirrong said. “This is part of a broad effort by the administration to deflect criticism with regard to gasoline prices.”

Get ready for higher fuel prices, higher clothing prices and higher food prices.  Higher everything prices.  Barack Obama and Ben Bernanke are printing money all day every day.  The supply of goods is remaining stable, but the money supply is increasing.
Don't you wish you could pay your bills with a printing press? 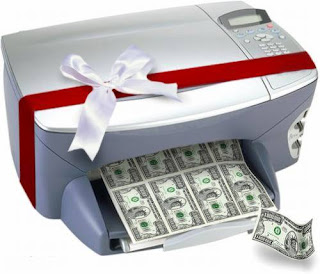 Pics of Witch Hunt came from here.
Posted by The Whited Sepulchre at 7:42 AM

I want me one of those dachsunds.

Could you define MSM, 'cause I'm not really sure who qualifies anymore. If it includes Daily Kos or HuffPo, I am golden and will accept delivery of the pup immediately.

How about inference by an NBC reporter?

'customers across the country are increasingly suspicious of the oil companies'

Or, how about a CBS reporter 'wondering' out loud, on TV, if Americans are being scammed by oil companies?

I think the MSM is going to dance around the direct target until much closer to the election.

It's a shame you didn't mention all the efforts of the Obama administration to stop offshore oil drilling in the US. I'm sure *that* has absolutely NOTHING to do with rising oil prices....

Could I see a picture of the dachshund?

Ok, we have two winners of dachshunds !!!!

Thanks for all the links. Will post pics soon.