Traveling to Lynchburg, Va., to speak to students at Liberty University...., (Rick) Perry made light of his bad grades at Texas A&M.


Studying to be a veterinarian, he stumbled on chemistry and made a D one semester and an F in another. “Four semesters of organic chemistry made a pilot out of me,” said Perry, who went on to join the Air Force.

“His other D’s,” Richard Oppel wrote in The Times, “included courses in the principles of economics, Shakespeare, ‘Feeds & Feeding,’ veterinary anatomy and what appears to be a course called ‘Meats.’ ”

Perry conceded that he “struggled” with college, and told the 13,000 young people in Lynchburg that in high school, he had graduated “in the top 10 of my graduating class — of 13.”

It’s enough to make you long for W.’s Gentleman’s C’s. At least he was a mediocre student at Yale.

Yeah, bad grades are a problem.  Going to Jerry Falwell University to address the Baptists in Lynchburg is a bigger problem, but not for most Republicans.
So how do Perry's college grades stack up against those of our current Commander-In-Chief?  Let's got to the Occidental College website.....


The 1974 federal Family Educational Rights and Privacy Act (34 CFR Part 99) protects the privacy of student education records. We, therefore, cannot disclose students’ classes, grade point averages, majors or other such information. President Obama's transcripts and other student records have not been released by Occidental.

Nor will they ever be.  They're too damn embarrassing.  Based on my own research, I've been able to determine that teleprompters were not allowed in the classroom in the early 1980's.  Therefore, Obama's college grades sucked. 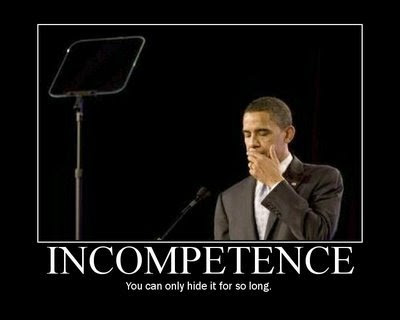 I suspect that Barack Obama failed Economics, he failed American Government, he got a "D" in Political Science, a "D" in Speech, and a "Fails" in a couple of simple "Pass/Fail" basic math courses.  Those are just suspicions on my part, though, based on the current evidence.

Enough about Rick Perry vs. Obama.  We don't have Obama's transcripts to hold up to one of Dowd's pitiless investigations.

Here's another section from Dowd's editorial, which is primarily about how Republicans disregard college transcripts in choosing who to put at the top of the ticket:


The Republicans are now the “How great is it to be stupid?” party. In perpetrating the idea that there’s no intellectual requirement for the office of the presidency, the right wing of the party offers a Farrelly Brothers “Dumb and Dumber” primary in which evolution is avant-garde.

Well, yeah, the Republicans might have difficulty finding their way out of a sack.  That's why they aren't Libertarians yet.  But who are the scholastic giants that the Democrats put on the ticket prior to the Scholar From Chicago/Kenya/Indonesia?

Here's an evaluation of the college transcript of St. Albert, The Goracle Of Music City Tennessee:


Gore arrived at Harvard with an impressive 1355 SAT score, 625 verbal and 730 math, compared with Bush's 1206 total from 566 verbal and 640 math. In his sophomore year at Harvard, Gore's grades were lower than any semester recorded on Bush's transcript from Yale. That was the year Gore's classmates remember him spending a notable amount of time in the Dunster House basement lounge shooting pool, watching television, eating hamburgers and occasionally smoking marijuana. His grades temporarily reflected his mildly experimental mood, and alarmed his parents. He received one D, one C-minus, two C's, two C-pluses and one B-minus, an effort that placed him in the lower fifth of the class for the second year in a row.


For all of Gore's later fascination with science and technology, he often struggled academically in those subjects. The political champion of the natural world received that sophomore D in Natural Sciences 6 (Man's Place in Nature) and then got a C-plus in Natural Sciences 118 his senior year. The self-proclaimed inventor of the Internet avoided all courses in mathematics and logic throughout college, despite his outstanding score on the math portion of the SAT. As was the case with many of his classmates, his high school math grades had dropped from A's to C's as he advanced from trigonometry to calculus in his senior year.

Here's how The Goracle performed while going through the seminary associated with Vanderbilt:


(Gore) took the religious studies courses while also working full time as a journalist at the Nashville Tennessean, and after getting off to a strong start with an A-minus in Ethics, he failed to complete any of the three courses he took in the fall of 1971, and those incompletes eventually lapsed into F's. He returned for another semester in the spring of 1972, when two more incompletes turned into F's.

In the meantime, George W. Bush, our first president to earn an MBA, was knocking out a 2.75 GPA in a Harvard MBA program while, by all accounts, he was partying his ass off.

I repeat.... While The Goracle was flunking 5 out of 8 courses at a freakin' seminary, Bush was doing ok in a Harvard MBA program.

W. was not a good president.  Until The Teleprompter Jesus came along, George W. Bush did more to increase the national debt than any other president.  But I can assure you that George W. is not the anti-intellectual dolt that the Maureen Dowds of this world have portrayed him to be.  While I was running bookstores in Dallas, GWB was a regular visitor, purchasing Current Events, Politics, Sports, and lots and lots of history.  I don't know if he read 'em, but he sure bought 'em and knew how to talk about them.  Ask anyone who worked at the Dallas Preston/Forest Bookstop back in the day.


Senator John F. Kerry's grade average at Yale University was virtually identical to President Bush's record there, despite repeated portrayals of Kerry as the more intellectual candidate during the 2004 presidential campaign.


Kerry had a cumulative average of 76 and got four Ds his freshman year - in geology, two history courses and political science, The Boston Globe reported Tuesday.

His grades improved with time, and he averaged an 81 his senior year and earned an 89 - his highest grade - in political science as a senior.

"I always told my dad that D stood for distinction," Kerry said in a written response to reporters' questions. He said he has previously acknowledged focusing more on learning to fly than studying.

In 1999, The New Yorker magazine published a transcript showing Bush had a cumulative grade average of 77 his first three years at Yale, and a similar average under a non-numerical rating system his senior year.

Bush's highest grade at Yale was an 88 in anthropology, history and philosophy. He received one D in his four years, a 69 in astronomy, and improved his grades after his freshman year, the transcript showed.

Kerry, a Democrat, previously declined to release the transcript, which was included in his Navy records. He gave the Navy permission to release the documents last month, the Globe reported.

So the best Dowd would be able to say about Kerry is that he wasn't quite as sharp in the classroom as Bush.

How about Republican John McCain, another Republican dunce?  He barely passed.

How about current Vice President Joe Biden?  How did he do in school?


Biden graduated College in 1965, with a Bachelor of Arts and a double major in Political Science and History.  He was 506th in a class of 688.

I couldn't find anything on Ron Paul's GPA or his college transcript.  But if grades really are that important, let's point out the obvious....  Ron Paul did well enough to get into medical school.  But then, he's not really a Republican.  He's a Libertarian.  And a genius. 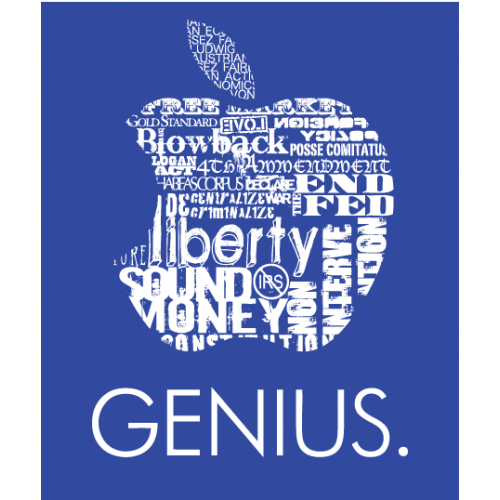 I'm with Maureen Dowd on this one.  Grades matter !!!
Posted by The Whited Sepulchre at 1:37 PM

I would guess Obama's grades at Occidental were pretty good, but without many intellectually rigorous courses. He managed to get into Harvard Law which, even with the affirmative action bonus points, required decent academic performance.

But what did the president of Harvard Law Review do with his degree? He performed a weak facsimile of labor at a firm for a while, and then spent more than a decade as a lecturer at U of C.

I was a lecturer for five years, and some people make a career of it. Some people are best suited for teaching. But a lecturer is by no means the same as a tenure track or tenured professor. He didn't publish anything that I'm aware of, and he didn't spend much time as a practicing lawyer.

Instead, he went to Chicago and leveraged the amount of melanin in his skin and his ability to pronounce "th" to become a community activiat and then an ineffective local politician.

By no means am I a leading scholar in my profession, but compared to these people I'm Albert Freaking Einstein.

On the other hand, the "leading scholars" haven't been doing too well fixing this mess.

“It’s enough to make you long for W.’s Gentleman’s C’s. At least he was a mediocre student at Yale.”

And so it begins. For a moment I actually thought I was being too cynical for expecting the media to pull the “even dumber than W” crack.

“President Obama's transcripts and other student records have not been released by Occidental.”

... that's the sleight-of-hand, right there, that would have allowed them to do this to anyone: it's an article of faith that Nobel Laureate Obama is the finest scholar ever to take the Oath. Just don't ask any awkward questions about how great. He wrote a book, okay?

They're still forging his transcripts. They'll appear just in time for a 2012 comparison.

The same guys who forged passports for Chinese gymnasts is hard at work.

"The same guys who forged passports for Chinese gymnasts..."

Or birth certificates from Hawaii.

(I'm not really a birther, but there is a little nagging doubt rattling around inside my brain.)

I think in addition to race, "interesting" background can also help you a lot. Being named Barack Hussein Obama, being half-Kenyan, having lived in Indonesia, and also being community organizer before going to Harvard, and whatever he did in that some company for a while before that, probably helped a lot, so it is hard to say how good his grades actually were, and how much of getting in was just about race diversity and background diversity.