About 10 years ago, my friend Brent brought some blueprints into the metal shop we were co-managing.  They were plans for a WWI-era machine gun.

I'm not a particularly good machinist, but I can program the heck out of a Hurco Machining Center.

I could have made that machine gun.

You can pass Victim Disarmament Gun Control laws until your hands are cramped from signing and voting and patting yourself on the back.  I can still make a machine gun.  As long as you don't have access to a Hurco Machining Center, I can OWN you.

In the meantime, some places are already designated as "gun-free" zones.  I totally understand.  If it's your property, you can set your own rules.  For instance, our ridiculously expensive military bases are mostly "gun-free" zones because one of our presidents, in a fit of self-righteousness, declared them to be so.  Therefore, a psychotic Major at Fort Hood was able to shoot up the place at will until an off-duty civilian policewoman showed up and almost sent him to enjoy his allotment of 72 virgins.

One place where this type of shooting is less likely.....Starbucks.

Starbucks allows its stores to abide by whatever state and local laws are in place at their locations.  No signs about "Starbucks Is A Gun-Free Environment". 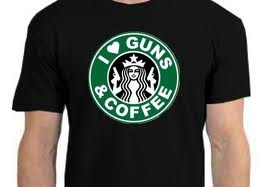 This has generated outrage from the Statists, of course.  There is now a Brew, Not Bullets boycott starting today.  Here's the BNB strategy:


3. Tell us how much you will stop spending at Starbucks


5. Starting Valentine’s Day 2012:
Stop going to Starbucks.
Don’t buy their products wherever they are sold:


6. Download, print, and leave our flyer behind at Starbucks stores.


7. Tell your network of family, friends, and share on social media: Copy this link, “Press Release Starbucks Boycott” into an email and/or social media message and send it.

Then you should go to Starbucks today, buy some stuff, and thank them for allowing their shops to reflect the rights expressed in the 2nd Amendment. 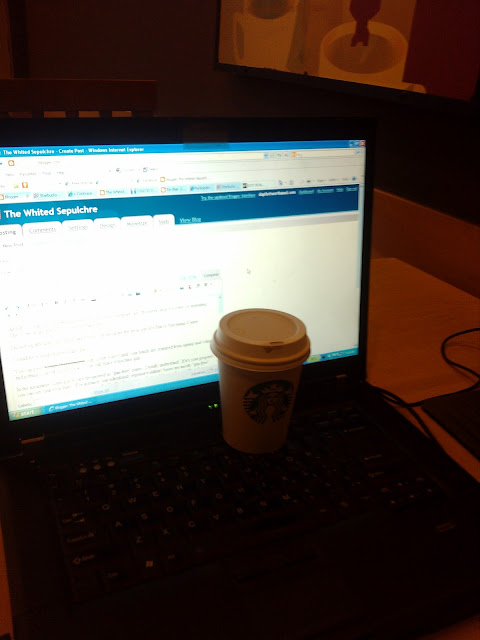 I have returned once again to the Starbucks on I-30 and Western Center Boulevard.
Not packing, though.