First, they came for the KVWN-TV Channel 4 Action News Team 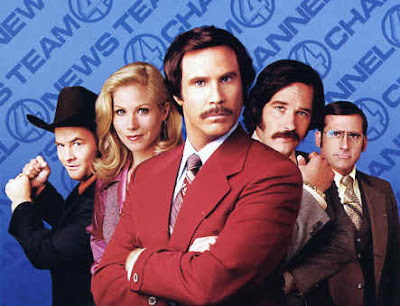 And then they came for me.....Well, not really.  I just love using that "First they came for the blah blah blah's" quote any time the Statists start another witch hunt.

Here's The Daily Caller, on an attempted purge of "Deniers" (also known as people who own a thermometer and know how to use it) in the weather forecasting industry.


Concerned that too many “deniers” are in the meteorology business, global warming activists this month launched a campaign to recruit local weathermen to hop aboard the alarmism bandwagon and expose those who are not fully convinced that the world is facing man-made doom.

The Forecast the Facts campaign — led by 350.org, the League of Conservation Voters and the Citizen Engagement Lab — is pushing for more of a focus on global warming in weather forecasts, and is highlighting the many meteorologists who do not share their beliefs.

“Our goal is nothing short of changing how the entire profession of meteorology tackles the issue of climate change,” the group explains on their website. “We’ll empower everyday people to make sure meteorologists understand that their viewers are counting on them to get this story right, and that those who continue to shirk their professional responsibility will be held accountable.”

According to the Washington Post, the reason for the campaign can be found in a 2010 George Mason University surveys, which found that 63% of television weathermen think that global warming is a product of natural causes, while 31% believe it is from human activity.

So far, the campaign has identified 55 “deniers” in the meteorologist community and are looking for more. They define “deniers” as “anyone who expressly refutes the overwhelming scientific consensus about climate change: that it is real, largely caused by humans, and already having profound impacts on our world.”

Meteorological McCarthyism at its finest.  Hit the link to read the rest.
Posted by The Whited Sepulchre at 12:39 PM

Anchorman is a great movie. The quotes are legendary.

My daughter no longer has to watch Anchorman or Talledega Nights. She just remembers them in real time.

We have been reliving Idiocracy while being particular individuals at work.