If you live in Texas State District 93, which is this unnatural collection of real estate that stretches from East Arlington to Haslet.... 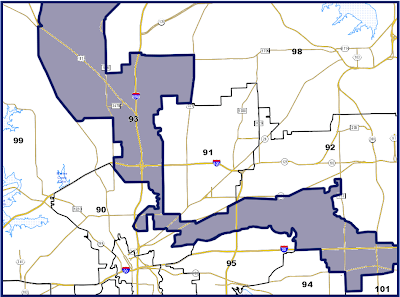 Here's the intro from his homepage:

My name is Bruce Beckman and I hope you will vote for me to be your Representative in the Texas Legislature.


Like other Libertarian candidates, I believe in free markets, civil liberties, and peace.

I'm unhappy with the results the Democrats and Republicans have delivered, and that's why I have decided to run for office myself as a Libertarian. 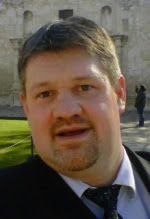 May his tribe increase !
Here's his Issues Page:


Taxes are too high. That's because government spending is too high. I want to reduce both.

Today our state government spends money on almost everything: education, health care, cancer research, business incentives (i.e. corporate welfare), and poverty programs. These may be worthy goals, but they are not proper functions of government.

•I would vote to repeal the business margins tax that was proposed and signed in 2006 by Republican Governor Rick Perry, and filed by Rep. Jim Keffer (Republican from Eastland).

•Those two tax reductions would reduce state revenue by about $25 billion over the next two years*. I propose cutting expenditures to match. (The current total budget is about $172 billion.) I support across-the-board cuts, and I note that most of the cuts will need to come from the two largest areas of state spending: education and health and human services.

*Estimate based on Comptroller's 2012-2013 revenue estimate.

End the War on Drugs

Selling and using drugs may be personally unwise, but those activities don't violate anyone's rights. By establishing drug prohibition, our government has taken a modest problem and turned it into a huge problem. Now we have to deal with drug gangs and black markets, and taxpayers have to pay to keep thousands of people in jail. We need to end this nonsense which has cost taxpayers over $1 Trillion since the War On Drugs began in 1970. None of the goals of the War on Drugs have been met in its 42 year history- not one- so why do we as taxpayers keep throwing bad money after good?

•I would vote to reduce spending on the War On Drugs programs in Texas and seek to re-appropriate those funds to other law enforcement programs such as prosecuting and monitoring sex offenders and other violent criminals.

•I would vote for a bill to allow medical marijuana like HB 1491, filed last year by Rep. Naishtat (Democrat from Austin).

•I would vote for a bill to reduce marijuana penalties like HB 548, filed last year by Rep. Dutton (Democrat from Houston).

State and local governments make it much harder than it should be to start your own business. Both native citizens and immigrants often wish they could start a business, but get frightened away by the mountain of red tape, fees, and regulations.

Politicians do this partly to protect well-connected businesses by shielding them from new, lower-priced competition. Government should not pick winners and losers.

I want to make it easier to start a business in Texas by reducing the power of government to get in the way.

•I would file legislation to reduce the power of cities to use permitting ordinances to limit and block businesses.

•I would file legislation to repeal many anti-competitive occupational licensing laws.

•I would file a bill to prohibit local governments from using tax subsidies to pick winners and losers.

Steps I am taking:

•I'm encouraging Latinos to run for office as Libertarians


Here's where you go to send Bruce some money !
Posted by The Whited Sepulchre at 5:34 PM

Good luck running on that platform.

Never thought I'd say this, but I miss Cedric...

CenTex,
Nah, I'm already over him. Cedric brought reams and reams of info to the discussion, provided links to back up his opinions, and could spell.

IB, on the other hand, just in the last few posts, has gone from Homophobia to Elitism to Racism. Who had you rather have representing the Keynesian Left around here?

WS, that's what I meant. There was the possibility of some sort of meaningful dialogue with Cedric, as opposed to infantile name-calling.