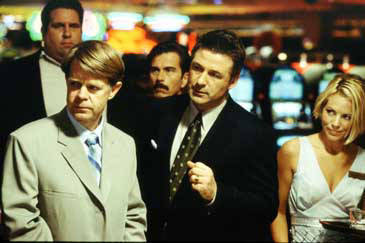 Macy plays a degenerate gambler whose luck is so bad that Alec Baldwin, playing a casino owner, actually pays him to sit down next to other gamblers who are on winning streaks.  Macy's mere presence at the table is enough to chase good luck away.

If Barack Obama ever walks into a casino when I'm playing blackjack, I'm gone.

Then came LightSquared.  Obama himself was an early investory in the company.  Now there are nasty allegations that folks at the White House encouraged an Air Force general to change his sworn testimony about the company's finances.  LightSquared isn't bankrupt yet, but it is getting ugly.  If you need the White House to destroy your competitors, you're probably about two laps away from the drain.

I won't bore you with all the failed "stimulus" boondoggles.  Let's get to the latest financial misadventure of this deluded little man who just happens to have access to your money to your great-grandchildren's credit cards.

And that would be the Chevy Volt.  The taxpayer subsidy on each of these little go-carts is already set at $10,000.00 each.  We've already had to save G.M. from bankruptcy. 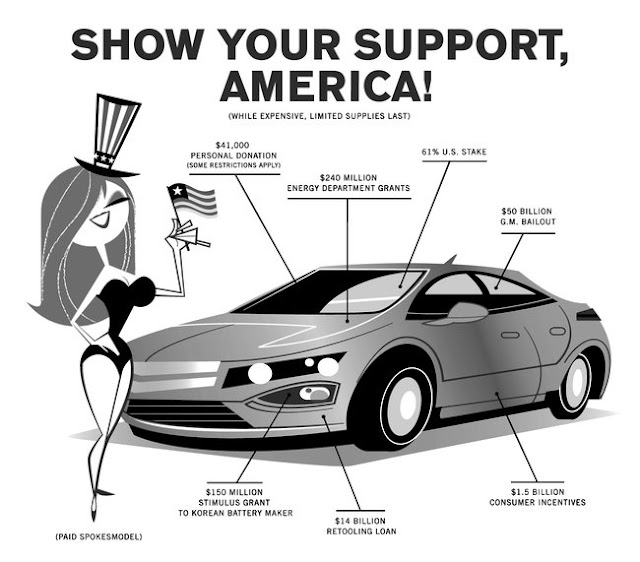 Here's an enthusiastic video of "The Cooler" at the G.M. Hamtramck plant making a victory lap around a Chevy Golf Cart that needs a new $9,000.00 battery every five years.  (And the old battery is hell to get rid of in an environmentally responsible way.  I'm not a greenie, but I do care about taking care of the earth, avoiding negative externalities, etc.)  A Fresh Coat Of Whitening to Michelle Malkin for the link to this video, BTW.

General Motors has told 1,300 employees at its Detroit Hamtramck that they will be temporarily laid off for five weeks as the company halts production of the Chevrolet Volt and its European counterpart, the Opel Ampera.


“Even with sales up in February over January, we are still seeking to align our production with demand,” said GM spokesman Chris Lee.

Lee said employees were told Thursday that production would put on hold from March 19 to April 23.


The Chevrolet Volt, an extended-range electric car, is both a political lightning rod and a symbol of the company’s technological capability.

At 1,626 for the year, they're on pace to sell about 9,500.  IF people aren't scared away by the exploding batteries.  Did you know that the batteries explode?  Here's what it looks like when you leave a Volt in your garage unattended for a week: 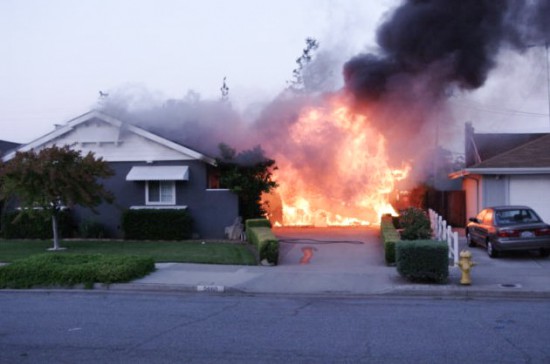 Last fall, the GM and the National Highway Traffic Safety Administration spent several weeks trying to explain why two Volts whose batteries were punctured caught on fire after sitting around for at least a week.


NHTSA determined that the range-extended electric Volt is as safe as any gasoline-powered vehicle on the road.


GM said on Jan. 5 that it would improve the structure and battery-coolant system of the Volt sedan to protect it better against fires after crashes.


The incident also was the subject of a congressional hearing in January that included testimony from GM CEO Dan Akerson.


“We did not design the Volt to become a political punching bag and that’s what it’s become,” Akerson told Congress on Jan. 25.

Sorry dude.  The only reason your product exists is politics.
Now you've been visited by "The Cooler".
You're doors are going to close.
Man, I used to love my Chevy pickup.  This is a shame. 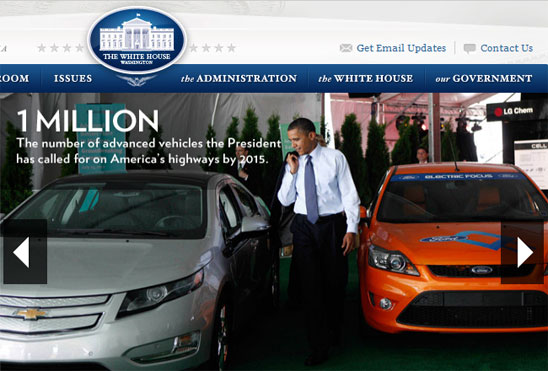 Posted by The Whited Sepulchre at 10:37 AM

Aw, man ... You stole my thunder. I had a rough draft of a post pointing out the Newspeak underlying the "align our production with demand" quote and you yanked the rug right out from under me.