Sometime around 1994 my daughter, The Aggie, selected Ivan "Pudge" Rodriguez as her hero and the greatest catcher of all time.  At the time, Pudge was just a fat Puerto Rican kid with a great arm.
The Aggie was only 3 years old when she made this prophecy.
Pudge Rodriguez will soon be going into the Major League Baseball Hall Of Fame.  He is now regarded as one of the greatest defensive catchers of all time. 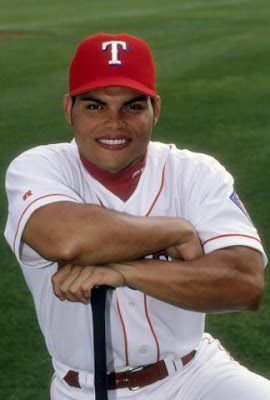 Sometime around 1986 The Aggie selected John Elway of The Denver Broncos as her quarterback.  At the time, Elway had a reputation as a so-so quarterback who couldn't ever win The Big One.
Elway went on to win two, count 'em, two Super Bowls.  He's already in the Pro Football Hall Of Fame. 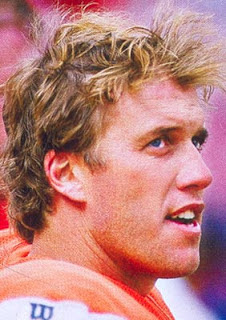 When The Aggie puts on her prophecy hat and speaks Ex Cathedra about a game, I listen.  My money is often invested based on her advice.  The Aggie knows things.

Well, the apple didn't fall very far from the tree.  She ain't the only one who can pick a winner.

Back in December of 2010, I was trying to find this blog's Person Of The Year.  Based on the sheer godawfulness of the Obama Administration, I wanted to nominate a low-level government hack for this honor.  Someone who took his limited authority, magnified it, and used his power to make life as miserable as possible for the greatest number of people.  I wanted a politically correct numbskull of the worst possible sort.  I wanted a typical Obama Administration Democrat.


Tom Perez, the head of the Justice Department's Civil Rights Division....now has completely severed all links between his lefty-ideological, artificially constructed world and the normal realms of common sense and logic. Several colleges wanted to institute a voluntary program to use the Kindle book-reading device for its class texts. Repeat: VOLUNTARY. But Kindle didn't have voice-activation gizmos (or somesuch) for the blind. Reports York: "The Civil Rights Division informed the schools they were under investigation. In subsequent talks, the Justice Department demanded the universities stop distributing the Kindle; if blind students couldn't use the device, then nobody could."

Yeah.  Outlawing college textbooks on the Kindle because the Kindle discriminates against the blind?  That's brilliant.  Statists across the land probably removed their hats to Mr. Perez as a gesture of respect.

This is lunacy. Sheer lunacy. How does it hurt a blind student one iota if his normally sighted classmates use Kindle? Does that keep a blind student from getting the texts in braille or another blind-friendly format? No. Does that do a single smidgen of a fraction of a hemi-demi-semi-quaver to violate the civil rights of the blind person? Of course not. No, no, and no, no, no, no. The educational opportunities and/or experiences of blind students would be affected in no way at all if other students use Kindle


Now....I fully expected college parents to be out in the streets, banging pots and pans together, and purchasing every pitchfork and torch available to run this idiotic bastard out of Washington. 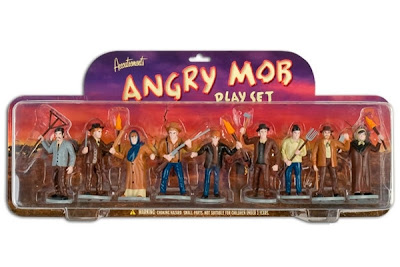 But no....
We are a nation of sheep.  If someone in D.C. claims that The Kindle discriminates against the blind, we follow along like a good little battalion of Nazi goose-steppers.
Think about it.  Can blind people "hear" a traditional book?  Can blind people hear the words you're now reading?  Does Thomas J. Perez think that traditional college textbooks have a set of lips and a tongue, like those magic books at Hogwarts? 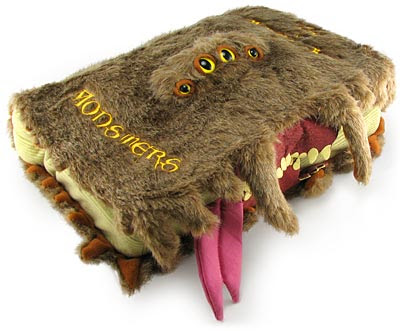 Who knows.
We had an opportunity to save billions of dollars, billions of trees, and billions in transport costs.  Thomas J. Perez made sure it didn't happen.  I suspect some academic publishers had a say in his decision.  (Although I would never, ever, ever accuse someone like Thomas Perez of being a kickback-taking son of a bitch.  I wouldn't do that.)

Back to the point at hand.... I expected Assistant Attorney General Thomas J. Perez to take his award plus whatever he got from the publishing companies, and then slink off into lobbying sometime.

Just a few hours ago, Barack Obama reached into the corrupt bowels of his Justice Department and nominated THOMAS J. PEREZ AS SECRETARY OF LABOR !!!!

It's almost too good to be true.  In a truly just society, Perez would be mopping up spills at Wal-Mart, but Barack and I were able to select this doofus as the person most worthy of recognition and honor.

Awesome.  I wasn't this proud when I guessed the winning score of The Cotton Bowl in 1996.

Here's what The Teleprompter Jesus had to say about Perez in his nomination speech:


"If you're willing to work hard, it doesn't matter who you are, where you come from, what your last name is - you can make it if you try," Obama said. "Tom's made protecting that promise for everybody the cause of his life."

Unless, of course, you want to save money on your daughter's college textbooks.  Then Perez is going to screw you, and screw you hard.

It's a great feeling, knowing that I, too, can pick a winner. 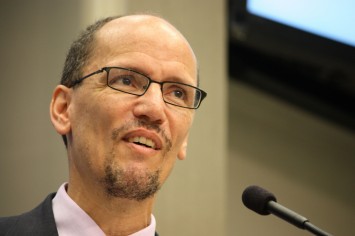 Picture of this corrupt bastard came from here.
Now that The Aggie is of proper age, you'll be able to find her football picks on this site starting in August.
Posted by The Whited Sepulchre at 5:38 PM