On "discriminatory, inflammatory, lewd, and racial remarks in public"

For the first time ever, the Tarrant County Libertarian Party is going to participate in the Fort Worth Gay Pride Week parade.
It's going to be a good time at a great event.  Go here to see our Meetup page about building the float, parade details, and the like.

Last night, my friend Ken Stanford and I went to the gay/lesbian church where they held the organizational meeting.  (I believe that one lady thought we were romantic partners....not that there's anything wrong with that.)  It was a good group of people.

The organizers spent a lot of time explaining how we should all behave.  There have been some Baptist preacher-types protesting at past events.  One of these Witch Doctors even went so far as to stick a bullhorn in the face of the mayor of Fort Worth.  They try to get a negative reaction from the gays and lesbians so they can post the pics and videos online and show their congregations how they're defending All Things Holy from the gay folks.  A few arrests were made, and some of the protesters did jail time, which they probably see as a badge of honor.

Joel Burns, one of our City Councilmen, happens to be of the gay persuasion, and Joel usually rides in this parade.  After the bad incidents with the preachers a few years ago, Joel and the mayor (and I'm probably getting a few of the details wrong here) introduced a Zero Tolerance Ordinance that includes "protection from discriminatory, inflammatory, lewd, and racial remarks in public."  Also, "the use of bullhorns will not be permitted in the downtown area".  The Thought Police police department will be enforcing all of these regulations on the day of the parade.  (All of that is from the parade organizer info.)

I was planning on making good use of them to support the Marriage Equality cause.  Now I can't.

IMHO, this is what usually happens when you try to protect people from opinions.  Dissent gets stifled.
Yeah, I cannot stand fundamentalist nimrods who try to force everyone to live by the rules in their magic books.
No, people shouldn't be allowed to stick bullhorns in your face, violate your space, or physically threaten you.
But asking government to protect you from opposing points of view, like "discriminatory remarks" doesn't help your cause.  Never, ever, ever.

If you've read this far and disagree, do you think I should have the right to call some people "fundamentalist nimrods", like I did a few sentences ago?  If you think that Barack Obama isn't very smart, should you be allowed to say so?  What about Rick Perry?  Where does it end?

Anyway, we're going to have a good time at this thing.  Anybody who wants to marry another adult should be allowed to do so, and I really don't care if I've offended you with that statement, or if you think it's inflammatory.

Saturday, October 5th.  Hit this link if you want to help out. 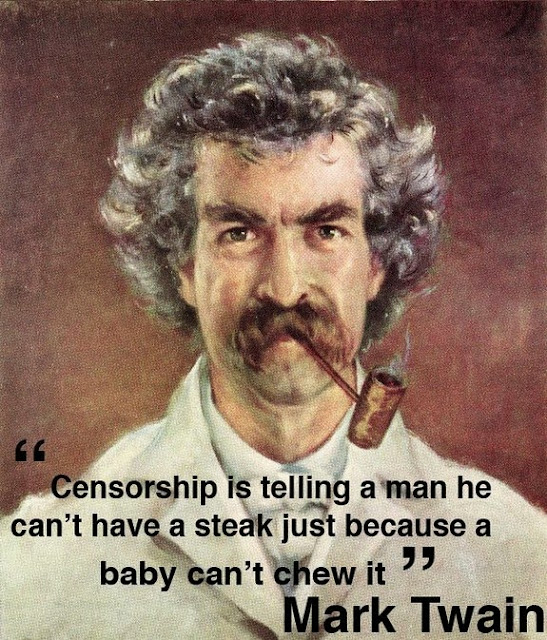 Posted by The Whited Sepulchre at 7:11 AM