In Praise Of Walter Williams

I was looking through WikiQuote this morning when I stumbled across the Walter Williams collection of outstanding utterances.

Lord have mercy, what a man.  I've always admired his economic statements, but knew nothing of his background until this morning.  Here's some more Wiki-stuff, interspersed with some of my favorite Williams quotes.

Walter Edward Williams (born March 31, 1936) is an American economist, commentator, and academic. He is the John M. Olin Distinguished Professor of Economics at George Mason University, as well as a syndicated columnist and author known for his libertarian views. 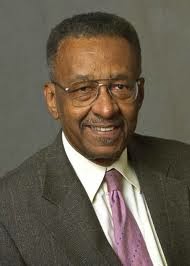 Williams's family during childhood consisted of himself, his mother, and his sister. His father played no role in raising either child.  He grew up in Philadelphia. The family initially lived in West Philadelphia, moving to North Philadelphia and the Richard Allen housing projects when Williams was ten. His neighbors included a young Bill Cosby. Williams knew many of the individuals that Cosby speaks of from his childhood, including Weird Harold and Fat Albert. 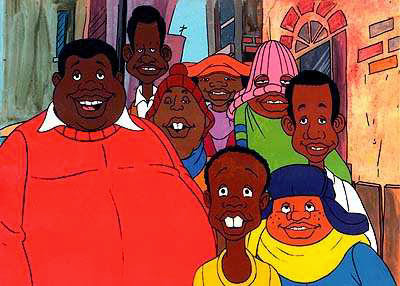 Williams was a talented high school student who displayed a very inconsistent performance in his studies. Following high school he came out to stay with his father in California, and attended one semester at Los Angeles City College, in regard to which he would later state that he was not ready yet to be a serious student. 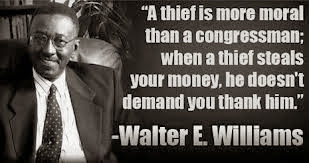 In 1959 he was drafted into the military, and served as a Private in the United States Army.  While stationed in the south, he "waged a one man battle against Jim Crow from inside the army. He challenged the racial order with provocative statements to his fellow soldiers. This resulted in an overseeing officer filing a court-martial proceeding against Williams. Williams argued his own case, and was found not guilty.  While considering filing countercharges against the officer that had brought him up for court martial, Williams found himself transferred to Korea. Upon arriving there, Williams marked "Caucasian" for race on his personnel form. When challenged on this, Williams replied wryly if he had marked "Black", he would end up getting all the worst jobs. From Korea Williams wrote a letter to President John F. Kennedy denouncing the pervasive racism in the American government and military, and questioning the actions black Americans should take given the state of affairs, writing:

“Should Negroes be relieved of their service obligation or continue defending and dying for empty promises of freedom and equality? Or should we demand human rights as our Founding Fathers did at the risk of being called extremists ... I contend that we relieve ourselves of oppression in a manner that is in keeping with the great heritage of our nation.”

He received a reply from the Deputy Assistant Secretary of Defense, Alfred B. Fitt, a response which he termed "the most reasonable response that I received from any official." 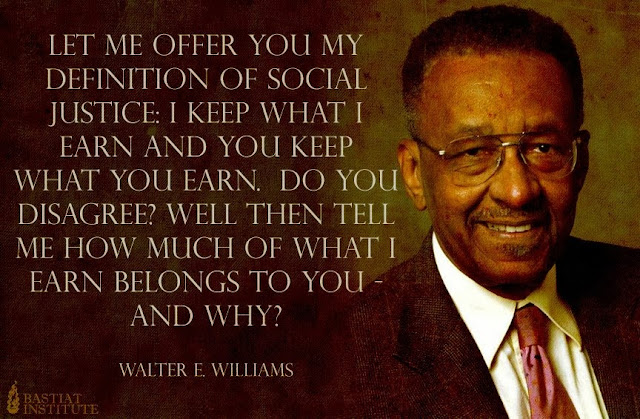 Speaking of his early college days, Williams says "I was more than anything a radical. I was more sympathetic to Malcolm X than Martin Luther King because Malcolm X was more of a radical who was willing to confront discrimination in ways that I thought it should be confronted, including perhaps the use of violence. But I really just wanted to be left alone. I thought some laws, like minimum-wage laws, helped poor people and poor black people and protected workers from exploitation. I thought they were a good thing until I was pressed by professors to look at the evidence."

While at UCLA Williams came into contact with economists such as Armen Alchian, James M. Buchanan, and Axel Leijonhufvud who challenged his assumptions. Never one to be over-awed by others, Williams regularly challenged his professors as well. But on examining the evidence of actual outcomes he came to believe such programs were abject failures. "I learned that you have to evaluate the effects of public policy as opposed to intentions." 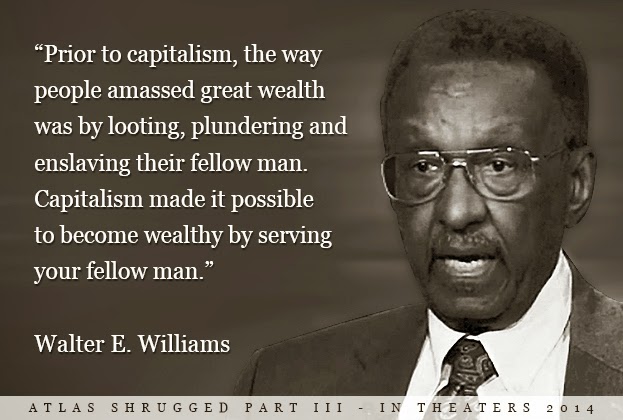 While at UCLA, Thomas Sowell arrived on campus in 1969 as a visiting professor. Though he never took a class from Dr. Sowell, the two met and began a friendship that has lasted to this day. In the summer of 1972 Sowell was hired as director of the Urban Institutes Ethnic Minorities Project, which Williams joined shortly thereafter.  Correspondence between Sowell and Williams appears in the 2007 "A Man of Letters" by Sowell.

Long-time readers of this blog know that I believe Thomas Sowell is the smartest man alive, now that Milton Friedman is dead.

"...there's the claim that this or that price is unreasonable. I used to have conversations about this claim with Mrs. Williams early on in our 44-year marriage. She'd return from shopping complaining that stores were charging unreasonable prices. Having aired her complaints, she'd ask me to go out and unload a car trunk loaded with groceries and other items. Having completed the chore, I'd resume our conversation, saying, "Honey, I thought you said the prices were unreasonable. Are you an unreasonable person? Only an unreasonable person would pay unreasonable prices." The long and short of it is that the conversation never went over well, and we both ceased discussions of reasonable or unreasonable prices. The point is that whatever price a transaction is transacted at represents a meeting of the mind of both buyer and seller. Both viewed themselves as being better off than the next alternative -- not making the transaction. That's not to say that the seller wouldn't have found a higher price more pleasing or the buyer wouldn't have been pleased with a lower price."


What human motivation is responsible for getting the most wonderful things done? I would say greed. When I use the term greed, I do not mean cheating, stealing, fraud and other acts of dishonesty, I mean people seeking to get the most for themselves. One might be tempted to use “enlightened self interest” but I like greed better. Unfortunately, many people are naive enough to believe that it is compassion, concern, and "feeling another's pain" that's the superior human motivation. As such we fall easy prey to charlatans, quacks and hustlers. 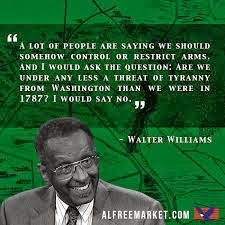 Posted by The Whited Sepulchre at 7:16 AM