A quick prayer for The Super Bowl

God, I know that I am a sinner, and that I do not live according to your Word, whether it's the Torah, the Old Testament, the I Ching, the New Testament, the Book of Mormon, or Dr. Atkins' Weight Loss Revolution.

But God, I'm just asking for one little thing.....

Obama's will give his State Of The Union Speech on Tuesday night.  His typists are working on it now.

Let Obama stand before Congress and the nation and ask for money to fight warming.  Let him denounce the internal combustion engine.  Let him lobby for windmills, recycling, green bullshit, and carbon taxes.

May it snow enough to ground the wheels of D.C. to a halt.

Let it snow some more.

There is already a good chance that the Super Bowl will be postponed.  (Here's what the Meadowlands stadium looks like today.) 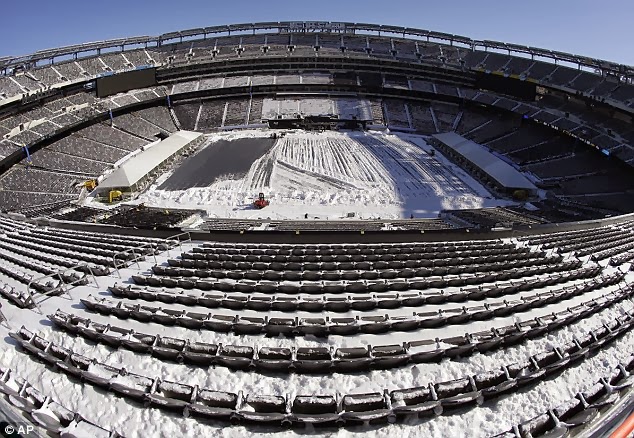 God, I ask this in your son's name, and in the name of Allah and Mohammad and Buddha and Dr. Atkins.  May the rescheduled Super Bowl also be postponed because of snow and cold and freezing and ice. 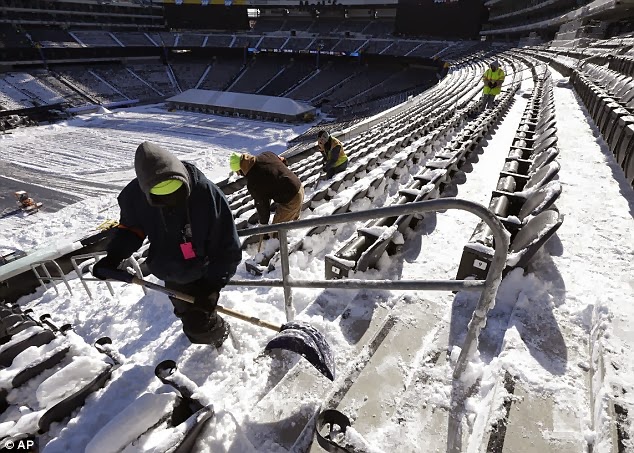 May the Gore Effect make itself known throughout our land, and may your people break out in giggles.  Because it'll be so damn funny.

Amen, Ameen, Shalom, Namaste, and we all bow to the Buddha nature that is within you.

Everyone but God,  please go here for a few weather predictions and possibilities.
Posted by The Whited Sepulchre at 10:44 AM