The difference in Bill Gates and me - not much

Take George Washington's parents and put them in a time machine.  Let them hang out with Bill Gates for a week.  This is what would impress them.....

Do a mental experiment. Imagine resurrecting an ancestor from the year 1700 and showing him a typical day in the life of Bill Gates. The opulence would obviously astonish your ancestor, but a good guess is that the features of Gates’s life that would make the deepest impression are the fact that he and his family never worry about starving to death; that they bathe daily; that they have several changes of clean clothes; that they have clean and healthy teeth; that diseases such as smallpox, polio, diphtheria, tuberculosis, tetanus, and pertusis present no substantial risks; that Melinda Gates’s chances of dying during childbirth are about one-sixtieth what they would have been in 1700; that each child born to the Gateses is about 40 times more likely than a pre-industrial child to survive infancy; that the Gateses have a household refrigerator and freezer (not to mention microwave ovens, dishwashers, and televisions); that the Gateses’s work week is only five days and that the family takes several weeks of vacation each year; that the Gates children will receive well over a decade of formal schooling; that the Gateses routinely travel through the air to distant lands in a matter of hours; that they effortlessly converse with people miles or oceans away; that they can, whenever and wherever they please, listen to a Mozart string quartet, a Verdi opera, or Frank Sinatra singing of romance.
In short, what would likely most impress a visitor from the past about Bill Gates’s life are precisely those modern advantages that are not unique to Bill Gates – advantages now enjoyed by nearly all Americans.

This kind of life is America's gift to the world.  How we did it, how we grew it, seems obvious to us when we think about it.  Hell there's not that much difference, climate-wise, between the U.S. and Haiti, right?

And we are now burdened with a political class in Washington that is doing everything possible to screw it up, counting on your jealousy of Bill Gates to give them more and more power and control. 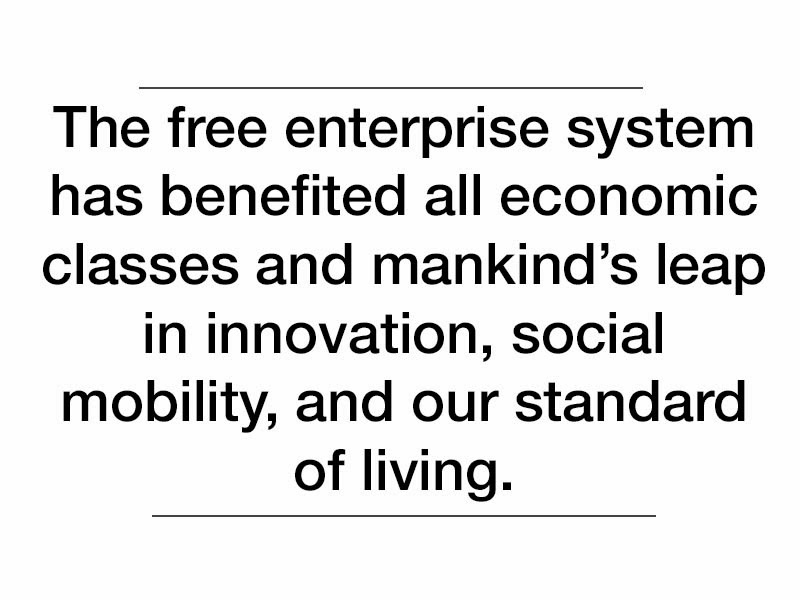 Posted by The Whited Sepulchre at 5:26 PM

I always like Bill Gates examples, because we are the same age. (I am two weeks older than him.) I found it amusing to compare net worth. The first time I did so, his net worth was 40,000 times mine. I thought it was an amusing fact. I didn't ask the government to take more of his money to reduce our wealth ratio to 20,000. But, that seems to be the way many people think.

There was a psychology experiment involving game playing for real money. Everyone was given the initial stake. The game had a substantial skill component, so some players won more money than others.* The spread was $15 to $150. The psychologists offered players who hadn't won much the chance to make the top player lose money in the next round. It would cost them $10 to cause make the top player lose $50.

A surprising number of people tossed away money to make another person lose more. I've never understood that level of envy.