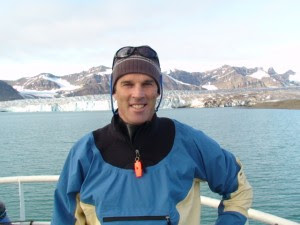 Thanks to Chris at Counting Cats for bringing this article to my attention.
Note the need for speed in the last sentence of the article. Gore ain't getting any younger, and wants your money now.
So do I. I'll bet $50 against your $10 that the Northwest Passage isn't clear enough for ships by 2009.
Any takers?
Posted by The Whited Sepulchre at 4:44 PM

It's as easy for me to drop $20 in the collection plate as $10. You honor our mutual admiration by *not* asking me to donate to Sarah the Barracuda.

The way I figure it, with this being an election year, surely enough hot air will be generated all around to thaw both ice caps.

I appreciate your defense of all things warming. I really do.

But I'd much rather lift it from someone new. Surely there is someone else in the tribe of True Believers willing to come forth and wager that the Emperor really is wearing clothes?

I don't want to steal all the fun. If you can find a new champion, I will defer and yield. Otherwise, I'm your man. Where are Pete and Cedric when we need them?

Seriously though, as you pointed out, Lewis Pugh's quest was about raising awareness as much as anything else.

Half-assed? Maybe. But let's face it, you and me (and others) are talking about it, so on that level it succeeded.

Is global warming a fact? To tell the truth, I honestly don't know with 100% certainty. But I'd rather err on the side of caution.

The downside to assuming that global warming/climate change is a reality seems to be economic rather than environmental. And quite frankly, moving towards renewable, non-fossil fuel energy sources seems to have the potential to create a sizable number of jobs. For any number of reasons, following this course of action seems to be a lot less risky than not.

I'll grant you however that differences of opinion about things like this is why people bet on football games.

So next Sunday, sit next to me and watch me throw that ten spot in the collection basket. I'll even buy you an adult beverage of your choice later just so you get something personally out of the deal.

If you can't find a new champion for this latest bet, I'll be glad to cover it. Because to tell the truth, I hope I lose it, too.

Ok, we'll see.
BTW, I'm still working on the Cedric thing from way back when.

I've found references to a guy who researched peer reviewed Climate Change projects from the 1970's. Out of 87 researchers, 27 said we'd have cooling or no change at all. 40 said warming.

I just have to get to the TCU library to track it down. Should be interesting. I suspect Cedric will respond with "so what's your point?"

You should be ashamed, taking the suckers' money like this.

"Should be interesting. I suspect Cedric will respond with "so what's your point?"

Considering that I'm the guy that's been bugging you to do the research, that would be unfair of me.

By looking at what the scientific community actually said and the number of papers they published back in the 70's, is easy to figure out that there was no scientific consensus or mass hysteria or anything like that on a coming Ice Age.

It's just a global warming denier canard.
I look forward to your assessment after you've finished hunting.

(I really expected you to quietly drop it. Had you done so, I would have been disappointed but not surprised. Since you haven't dropped it, I'll stick around to find out what you've discovered.)