On "Meet The Press" yesterday morning, General Colin Powell endorsed Barack Obama for president.
Among the many reasons he gave?
Temperament. Steadiness. The conduct of the campaigns. The Economic crisis.

Plus, Republican SENATORS continue to whisper to him that Obama is a Muslim. I got the impression that General Powell has had it with The Daddy Party (R).


Do they not watch television, listen to radios, or read newspapers? Haven't they heard of Reverend Jeremiah Wright, whose (Christian) sermons Obama caught hell for listening to for twenty years?
Powell also said something like "and if he is a Muslim, should it matter?" He went on to tell about this photograph.... 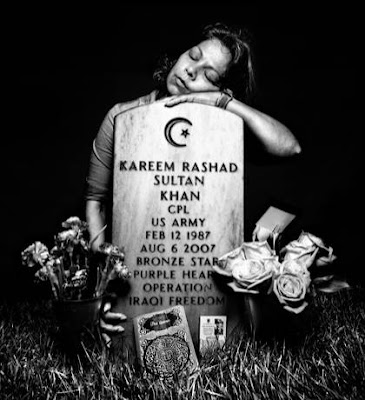 Posted by The Whited Sepulchre at 6:46 AM

So, are Barack and Colon having sex?? If not, I am not interested.

They are not, but I hear that Palin & Colon are...what a love triangle!!!

Personally, I think any religious talk from McBama is just fluff to satisfy the "we ain't electin no god damn atheist" crowd. The only thing devout about McBama is their Faith in Big Government, reckless spending, and leading us down the path to the Socialist States of America.

Facts are...There is not any one person or any group of people that can keep this train from diving right into the shit hole.

As long as there is pork, highways to nowhere and taking the left ball of long horn cattle at A&M, we are going to continue down this track....

Black on black. Racist. My color is better than yours and it's time you pay for slavery. We be needin a black man in the White House! Colin Powell is not above this kind of thinking and he didn't have the nerve to stand up and voice strong opposition against the war, so he falls into the unrespectable category, IMO. Doesn't matter how educated, well dressed and suited up he portrays himself. He is still a black man who's people suffered under the white man and hasn't forgotten it. Racism Racism.

Anonymous, not that your comment is deserving of anything but a swift administrative deletion, but I put it to you: Are all the white politicians endorsing McCain racist?

What about all the retired generals that stood up at the final day of the Democratic Convention and endorsed Obama? Most of them seemed...light-complexioned. Were they racists?

Please explain how this all works. On second thought: don't.