They're boasting about this and having a public signing ceremony.

President Barack Obama on Thursday signed legislation intended to slash by $50 billion the taxpayer money improperly paid to dead people, fugitives and those in jail who shouldn't be getting benefits.


But that goal, if achieved, would not even halve the $110 billion made in such payments last year.

Well, it is a start.  Before they stop giving away money to undeserving contractors, bomb-makers, consultants, freeloaders, Afghan warlords, stimulus recipients, agribusiness millionaires, Wars On _______ (fill in the blank), Wall Street, Acorn, car manufacturers, and other undeserving living people, they have to stop giving money to dead people.

We're starting to see some of the basic competence we were promised a couple of years ago. 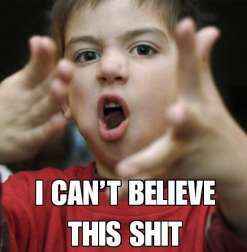 Posted by The Whited Sepulchre at 10:02 AM

Are Robert Byrd and Ted Kennedy STILL getting paid?

In the words of Wild Willy Shakespeare, "the evil that men do lives after them, the good is oft interred with their bones"